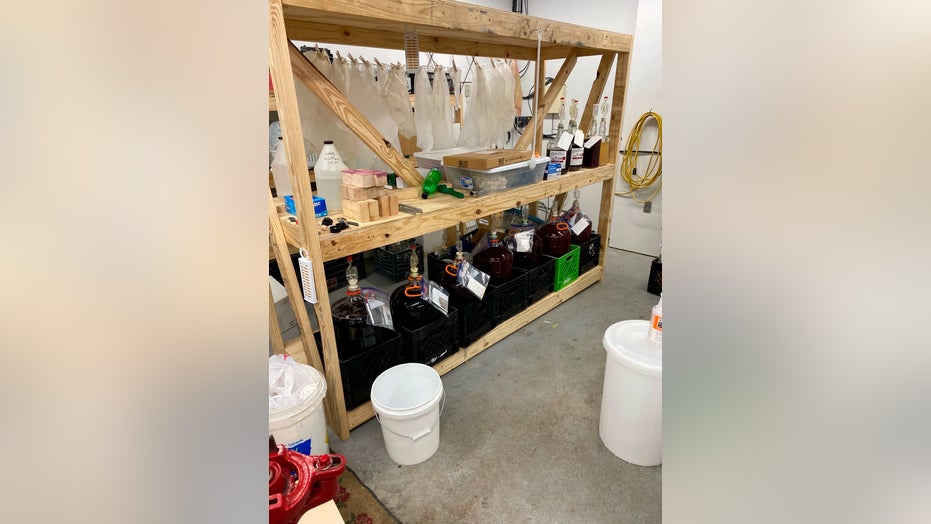 An Alabama sewage plant was recently discovered to do more than just treat water.

The DeKalb County Sheriff’s Office said in a statement that it received an anonymous tip about "a possible illegal alcohol operation" at a municipal building.

Officers contacted Rainsville Mayor Roger Lingerfelt, who allowed them to search the water treatment plant, which is owned and operated by the city.

During the search of the plant on Thursday, officers from the sheriff’s office, Alabama Law Enforcement Agency and the State Bureau of Investigation found the unauthorized winery.

On Friday, Lingerfelt announced that a plant supervisor has been suspended without pay while the police continue to investigate, AL.com reported.

According to the newspaper, the unnamed supervisor has worked at the Rainsville Waste Water Treatment Plant for 15 years.

The winery "appeared to be in operation for a long period of time," the sheriff’s office statement from Thursday said.

The photos also show multiple fermenting vessels filled with what appears to be more than 100 gallons of white and red liquid.

The illegal winery "appeared to be in operation for a long period of time," officials said in a statement.  (The DeKalb County Sheriff’s Office via AP)

Though it is legal in Alabama to make some amounts of wine at home, it is illegal to have more than 15 gallons of homemade wine or beer at once.

According to the DeKalb County Sheriff’s Office, the investigation is ongoing and arrests are expected.

After police discovered the illegal winery, a supervisor at the plant was suspended without pay while the police investigate. (The DeKalb County Sheriff’s Office via AP)

"I want to thank the mayor for his cooperation and willingness to allow law enforcement to do our job and shut something like this down," Sheriff Nick Welden said in a statement. "This is definitely one of the biggest operations we’ve seen in our county and possibly our state. A big thanks to the public and their tips against ALL illegal activities."

"Once again, it doesn't matter who you are, no one is above the law," Welden added. "We won't tolerate anyone using their position to hide their illegal actions at the taxpayer's expense."

Rainsville is about 100 miles north of Birmingham and has a population of about 5,100.