From New York strip to Denver cut: Every kind of steak you need to know

For many of us, there’s nothing more delicious than a perfectly-cooked steak. But if your entire range of steak knowledge starts at filet mignon and ends at T-bone, then we’ve got some news for you:

There are lots of different types of steaks out there, and they’re all unique. Here are some of the most popular that any steak-lover should know.

The steer is a huge animal, and it can technically yield an infinite array of steak cuts. In fact, many different countries have different ways of butchering the animal, and serve a completely different range of steaks than we do in the States. But in the United States, steers are broken down into a handful of distinct primals, the large sections of the cow from which steaks are derived, above.

Each primal is made up of distinct muscle groups, and some of those muscles work much harder than others; how much a muscle works has a direct impact on the quality of the steaks created from it.

The chuck and round get serious workouts, so the meat tends to be tougher and full of connective tissue. The tenderloin doesn’t do much at all, so it’s incredibly tender. Some primals, like the shank and brisket, are all but impossible to cook as a steak, so they must be cooked low and slow in order to break up the connective tissue and render it edible.

While each primal can yield a wide variety of steaks, we’ve broken them down into the most popular steaks around, from cheap cuts to ones prized by the best steakhouses.

Some of these steaks can only be found at steakhouses and upscale butcher shops, others are easily affordable at your local supermarket; some are tender but mild-flavored, others require some more chewing but are rich and beefy; some are so lean that they need to be cooked fast and hot; others are more marbled.

This is by no means a comprehensive guide (and certain primals, like the sirloin, can prove tricky to understand), but if you want to know your steaks, it’s required reading. 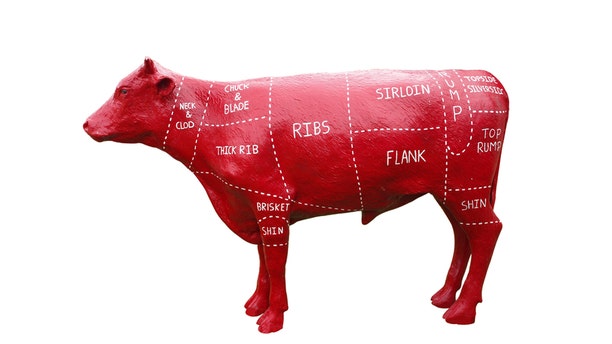 A plastic model of a cow showing names for the cuts of beef inscribed in their positions, isolated on white. (iStock)

The term “London broil” doesn’t actually refer to a specific cut, but it’s usually the top round, a very lean cut above the rear legs of the cow. London broil needs to be cooked quickly at high heat to rare or medium rare, or else it will become very tough. 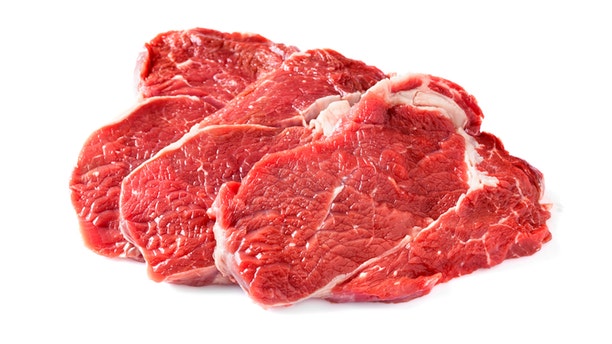 The chuck is essentially the steer’s shoulder, meaning that it gets a lot of work and is therefore full of connective tissue, making it best for braising. It’s still a fairly popular steak choice due to its low price and rich flavor, however, and takes well to quick, hot cooking. Because there are so many individual muscles in the chuck, new steaks are being derived from it all the time; a recent invention is the Denver cut. 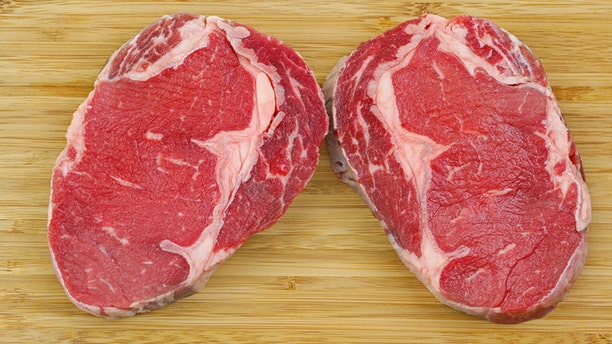 A cut of outer side of the rib : prime Rib Eye steak on a wooden cutting board isolated on a white background (iStock)

While there’s no specific cut known as the Delmonico steak, when you see this on a menu it’s more often than not a boneless ribeye. 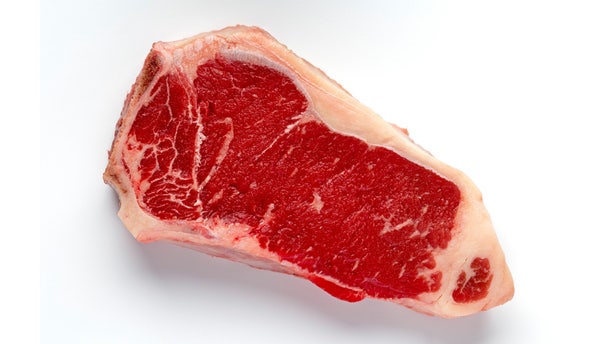 A steakhouse favorite, the New York strip, also called a strip steak or Kansas City strip, is cut from the short loin (which is located about three-quarters of the way back on the cow), and tends to be tender and well-marbled. The muscle (called the longissimus) is quite long, so it’s possible to cut into substantial portions. It’s a versatile and pricy steak, and is best grilled or seared in a hot pan. 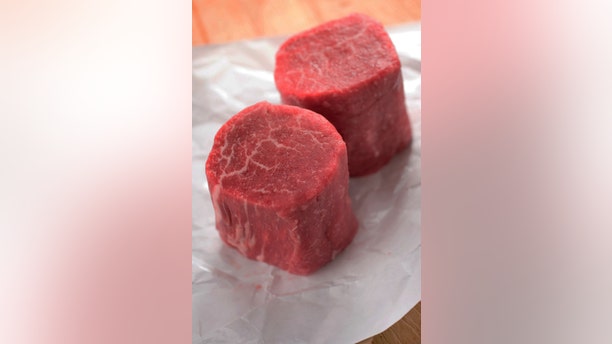 The filet mignon is cut from the tenderloin. Because it’s a muscle that doesn’t get much use, it’s incredibly tender and quite expensive. It’s lacking in the flavor department, however. In France, a roasted tenderloin is referred to as chateaubriand. 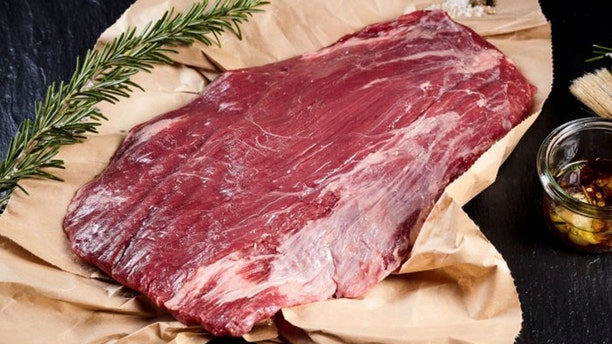 The flank is essentially the abdominal muscles of the cow. It’s quite lean because of the amount of work it gets, and is best cooked quickly over high heat to medium rare. In order to avoid toughness, it needs to be sliced against the grain, and is a popular choice for fajitas. 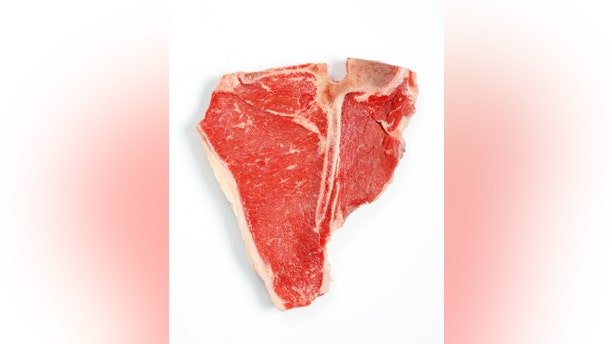 The T-bone is the term given to smaller porterhouses, generally cut from closer to the middle of the cow, where the filet section (divided from the strip by a T-shaped bone) is smaller. It’s a prized steak due to the fact that it contains two separate cuts (both of which are also prized), although it can be tricky to properly cook because the filet portion tends to cook faster than the strip portion.

From New York Strip to Denver Cut: Every Kind of Steak You Need to Know (Slideshow)