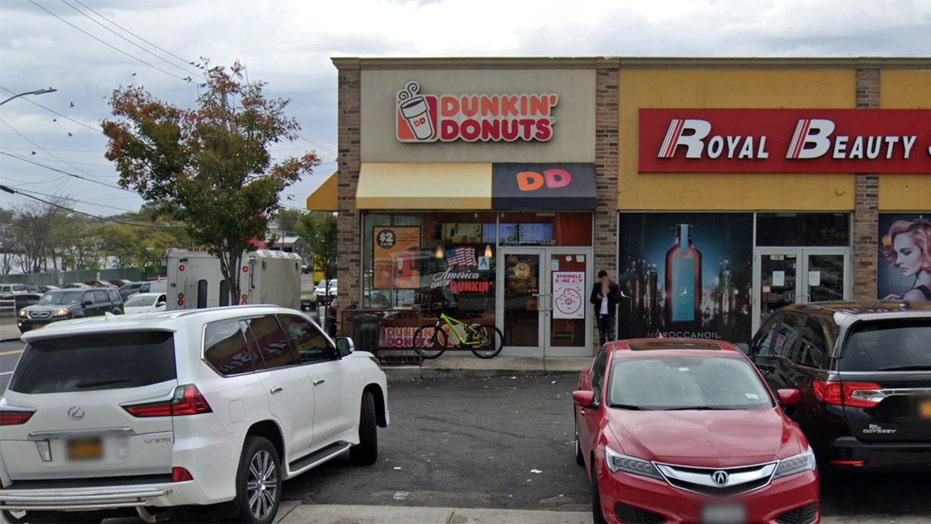 An employee of a Dunkin’ in Brooklyn reportedly managed to scare off a knife-wielding robber by walking back into the coffee shop’s kitchen and grabbing an even bigger, more intimidating knife.

The incident took place Saturday at around 10:30 a.m., when the would-be robber walked into the Dunkin’ and asked for a free coffee, before whipping out a knife and demanding all the cash in the register, police told The New York Post.

Instead of obliging the armed robber’s request, the employee — who told the Post he wished to remain anonymous — went to look for a weapon of his own. (Google)

Instead of obliging the armed robber’s request, the employee — who wished to remain anonymous — said his little sister (also a staffer at the Dunkin’ location) called police while he went to look for a weapon of his own.

"I turned, went to the kitchen and got a bigger knife," he told the Post.

Police say surveillance footage subsequently shows the suspect fleeing from the Dunkin’ and taking off in a Nissan Pathfinder. Authorities have not released the footage publicly, but it’s not entirely unlikely that the scene would have played out thusly:

A representative for Dunkin’ did not immediately respond to a request for comment on the incident.

Coincidentally, Saturday’s incident marks the second time a Dunkin’ staffer was forced to fend off a knife-wielding suspect in recent months. In December, a worker at a Georgia location was stabbed by a customer who reportedly grew angry after learning the shop was out of his preferred doughnut.