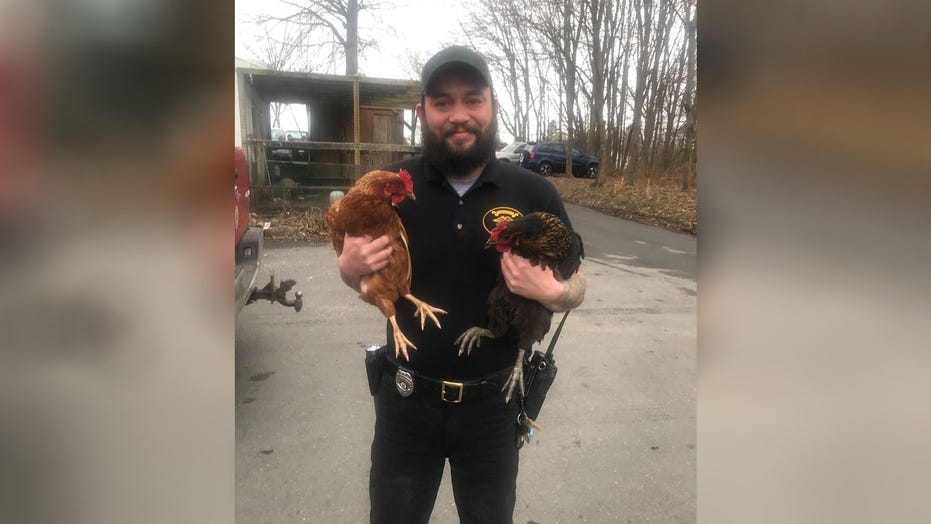 A McDonald’s in New Jersey came under siege by a flock of chickens that harassed drive-thru customers and their cars. Fortunately, an animal control officer was able to rescue the restaurant from the birds, who were "taken into custody."

The Washington Township Police Department posted about the incident on Facebook on Tuesday. According to the post, the department received a call from its local McDonald’s complaining that "a flock of chickens" was "wreaking havoc." According to reports, chickens "chased" customers and were caught "pecking" at various car tires.

The police say they then contacted an Animal Control Officer named Robbie (dubbed by the police force as an animal havoc expert).

The post says, "Upon arrival, Robbie observed two suspect chickens ‘harassing’ and ‘chasing’ customers and pecking at car tires. We cannot confirm at this time if they were targeting specific customers (with chicken nuggets and sandwiches in hand) or random customers."

Robbie was reportedly able to take to the two chickens "into custody" with help from the restaurant’s manager. The birds were then brought to a nearby animal shelter, where the police force joked that they were being held for questioning.

In actuality, the shelter was trying to find the birds’ owner. Fortunately, the police department’s post was updated to confirm that the birds’ owner had been found, as they would have been put up for adoption after seven days.

The Washington Township Police Department joked, "It was rumored that this activity might be in ‘response’ to McDonald’s plan of offering 3 new chicken sandwiches in the near future, coincidence?"