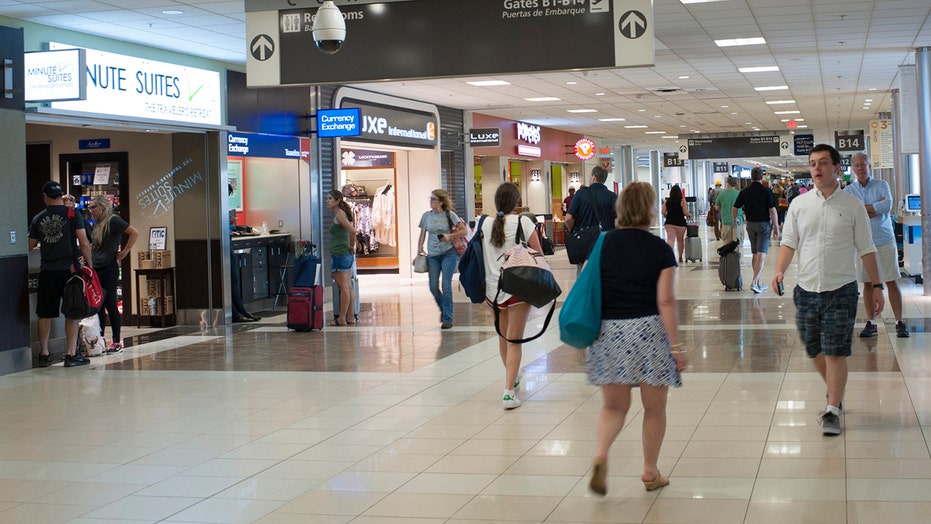 Officials at Atlanta's Hartsfield-Jackson International Airport (ATL) have confirmed an investigation into the collapse of a restaurant ceiling on Thursday morning.

One person is said to have been transferred to a hospital following the collapse, which took place inside a location of Cat Cora’s Kitchen in Concourse A. There has been no impact to operations of the airport otherwise, officials say.

"This morning, a portion of ceiling in Cat Cora’s restaurant on Concourse A fell," a spokesperson for ATL said in a statement to Fox News. "Emergency crews from Atlanta Fire Rescue responded to the scene and transported one person, who requested assistance, to the hospital.  Currently the restaurant is closed and an investigation is ongoing."

A photo from inside the airport shows a large chunk of the restaurant’s ceiling that had fallen atop what appears to be a long dining counter.

“Bar ceiling fell here at A terminal at Atlanta airport,” wrote the traveler who shared the photo, along with a hashtag reading “#Whoa.”

“Shortly before 8 a.m. today a portion of ceiling in a restaurant on Concourse A fell,” the airport tweeted. “Emergency crews responded and assessed at least one customer who requested emergency assistance. The restaurant is closed, repairs are ongoing, and there is no impact to ATL operations.

“An investigation into the cause of the partial ceiling collapse is underway," the message concluded.

Cat Cora, the Iron Chef herself, later issued a statement on social media concerning the incident.

"I was woken up this morning by a call from my partners … advising me of the incident of the collapsed ceiling in Atlanta’s CCK," she posted to social media. "We are still waiting to hear what happened. We are working with our airport team very closely to assess the situation. Above all, we just want to make sure everyone involved is OK."