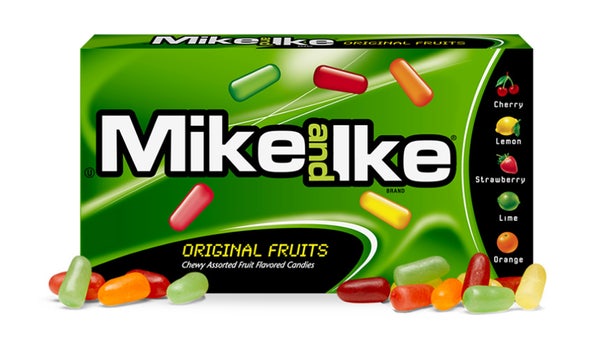 A box of fruity candy is leaving one theater-goer more than a little sour.

According to TMZ, a woman in California is suing the makers of Mike and Ike candies for allegedly tricking her into buying a nearly half-empty box of sweets.

In the lawsuit filed against the Bethlehem, Pa.-based Just Born Quality Confections (also the maker of marshmallow Peeps), the woman claims she paid $4 for a box of Mike and Ike at a movie theater in California, but estimates that it was filled with 46 percent air. She also argues that, since the candy is kept behind a glass case at the concession stand, she was not able to inspect or shake the box before purchasing.

As TMZ also reports, the woman conducted her own experiments with Hot Tamales (also made by Just Born Quality Confections) and found a similar problem -- i.e. the box was about half full. She notes, however, that Boston Baked Beans, a peanut candy made by the Ferrara company, does a much better job of filling its boxes.

In a statement obtained by Fox News, Matt Pye, the vice president of corporate affairs at Just Born Quality Confections, said that the company fully intends to dispute the woman’s claims.

“These are baseless allegations and we intend to vigorously defend ourselves,” said Pye.

“Our products and labels comply with all FDA regulations and provide consumers with the information they need to make informed purchase decisions,” Pye added.