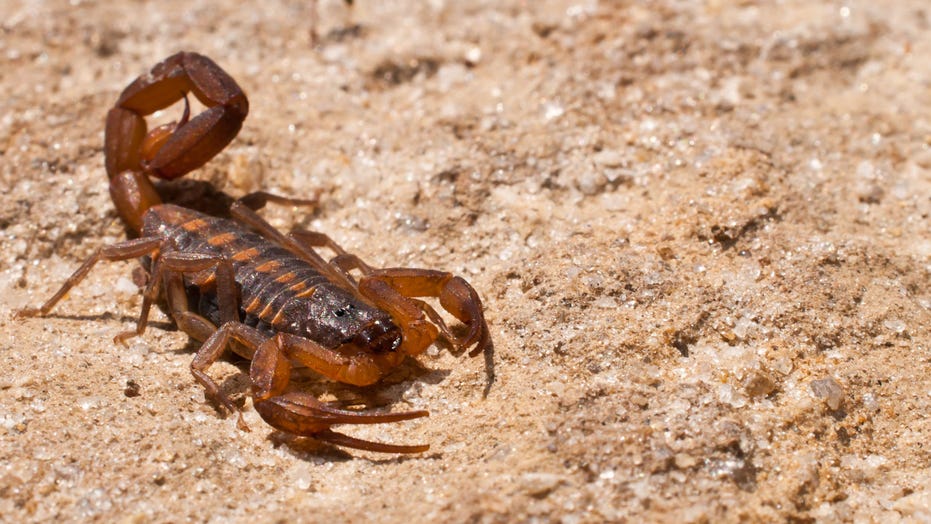 An apple a day will keep the doctor away, but a banana a day might bring you scorpions.

A couple from England was shocked to discover a scorpion native to Florida hiding in a bunch of bananas purchased from a local grocery store. While the boyfriend and girlfriend said they initially thought the animal was dead, they realized it was alive when it started to scurry across their bedroom floor.

“I realized it was a scorpion straight away and was a bit freaked out but it wasn't moving at first so I figured maybe it had died,” Matt Fry told The Sun. (iStock)

Matt Fry and his girlfriend, Monika Vasyl, were unpacking their groceries when they discovered the scorpion, The Sun reported. Fry said he was able to trap it in a jar before anyone was hurt.

“I realized it was a scorpion straight away and was a bit freaked out but it wasn't moving at first, so I figured maybe it had died,” Fry told The Sun. “Monika really didn't like it so I put it in a jar and made a bit of a home for it in the spare bedroom and gave it some food just in case. I even named it Simon the Scorpion and was planning on keeping it until it got out and shot across the floor. I decided I didn't want it as a pet after that.”

They said they eventually learned the animal was a Florida bark scorpion, which has a sting that can pack a powerful punch.

Mandy Farrance, a worker at Surrey and Hampshire Reptile Rescue -- who took in the scorpion and found it a new home -- told The Sun, “The bark scorpions can grow up to 15cm [nearly 2 inches] but this one was thankfully only little. Their stings can cause cardiac arrest and potentially even death so it's good Matt brought him to us.”