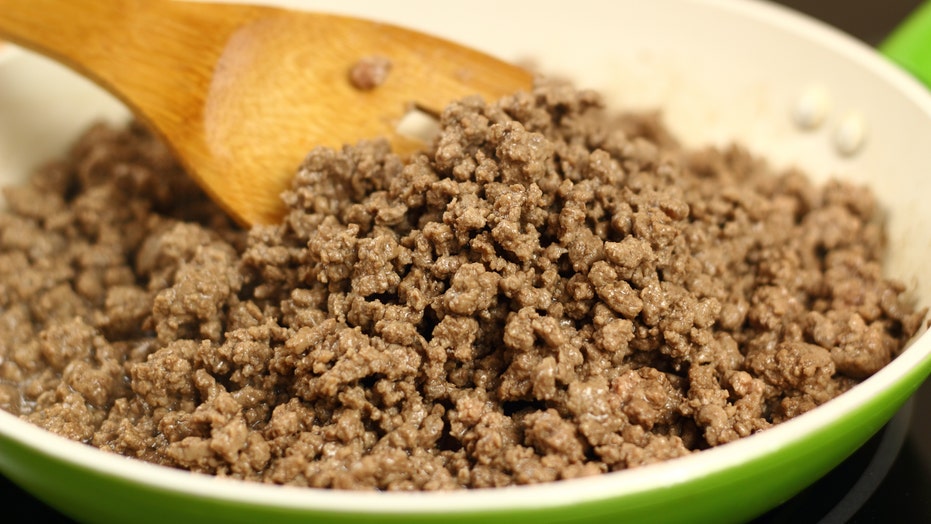 A fast-food eatery at Pompeii has been excavated, helping to reveal dishes that were popular for the citizens of the ancient Roman city who were partial to eating out.

With so many people stuck at home this year, there were countless opportunities to create crazy food trends and discover helpful kitchen hacks.

But not every attempt was a raging success. 2020 also had plenty of food failures for at-home chefs, but they also spanned grocery stores and even national parks.

Here are some of the biggest food fails of the year.

One TikTokker thought she was sharing good advice when she posted a video of herself rinsing her cooked ground beef with water before putting it back in the pan. However, viewers weren’t convinced, with many saying the "tip" would make the beef bland and dry. Others pointed out that pouring grease down the drain is bad for the pipes.

FOOD HACKS: THE COOKING TRICKS AND CULINARY SHORTCUTS THAT WENT VIRAL IN 2020

Another TikTok user started her own controversy by appearing to cook two sirloin steaks in a toaster. Viewers noted that at the end of the clip, when she took a bite of her toaster-cooked steaks, the meat appeared chewy, instead of tender, as it should have been.

HIDDEN IN THE WALLS: THE WILD THINGS PEOPLE FOUND IN THEIR HOMES IN 2020

This is the most millennial thing I’ve ever invented. ##unnecessaryinventions

To capitalize on everyone’s love of avocado toast, one TikTokker decided to create a new invention that allegedly makes "the fastest avocado toast ever" — using what appears to be an empty deodorant container that has been filled with mashed avocado. Though some commenters were impressed, others thought it looked inedible.

THE STRANGEST FOOD COMBINATIONS OF 2020

Shopper finds bag of wet eggs at the supermarket

U.K. grocery chain Morrisons was apparently selling bags of hard-boiled eggs in liquid earlier this year, much to the disgust of one Twitter user. This shopper posted a picture of the bags, calling them "the most wretched and cursed item I have ever witnessed." It turns out, the bags of eggs are meant to be opened and sold at the grocery store’s salad bar, though sometimes the company sells them directly to customers.

Man 'chops' carrots with own teeth, spits them into blender

Instead of using a knife and cutting board to chop up his carrots, one TikTok user was filmed quickly biting a carrot into pieces and spitting them into a blender. Though many commenters on the clip were impressed with his method, at least one person said the video was "absolutely terrifying."

A man was banned from Yellowstone National Park after he admitted to cooking chickens in a thermal geyser. (iStock)

A man was temporarily banned from Yellowstone National Park after he admitted to cooking chickens in a thermal geyser — which is against the park’s safety regulations. The man was sentenced to two years’ unsupervised probation, during which time he is not allowed to visit the park. He was also sentenced to pay two $600 fines.

Just before Christmas, a woman in Australia was quite shocked to find a huge huntsman spider — and an egg sac — inside the box holding her ready-made gingerbread house from Woolworths. Thankfully, the supermarket chain apologized for the scare and promised to deliver a new gingerbread house.