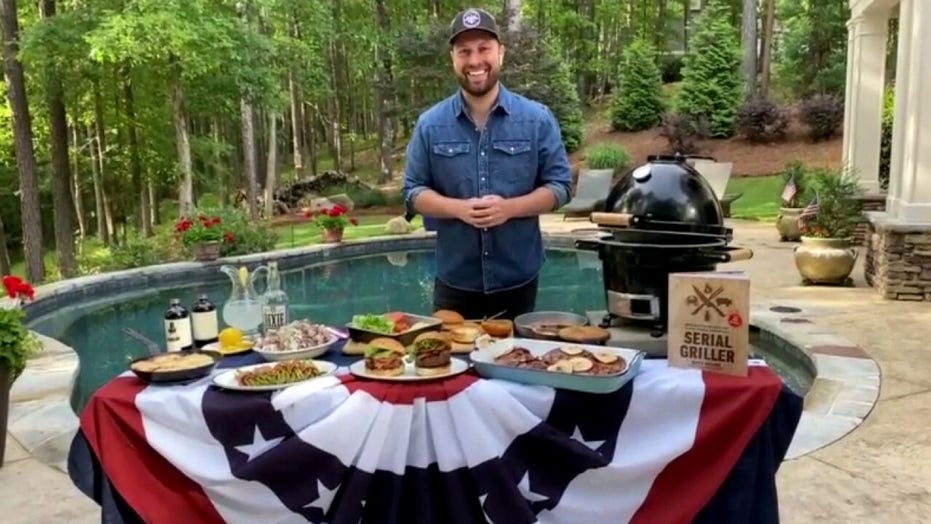 Tips to up your grilling game this summer

Grilling season is upon us. But as you’re stoking your coals or firing up your propane tank, what’s going on top of that grate?

According to the majority of Americans, that answer is easy: beef.

In a survey by Grill Cook Bake, an amateur-chef-created platform for reviewing cooking gear, more than 3,900 Americans were polled about their grilled food habits.

Protein penchants varied widely for most participants, although there was a clear winner when it came to one question in particular: "Hamburgers or hot dogs?" (iStock)

Over one third (34 percent) of those surveyed said steak was their favorite grilled food. Hamburger was the second-highest, scoring 19 percent. Though there were a few detractors — 18 percent bucked beef altogether, claiming chicken was their go-to grilling fave. Ribs came in fourth at 11 percent, with bratwurst (6 percent), hot dogs (5 percent), pineapple (4 percent) and pork chops (3 percent) finishing up the list.

Among those who chose beef, however, more than a quarter — 27.3 percent — said "medium rare" was their favorite way to cook steak and burgers. "Medium" followed at 25.6 percent, with "medium well" at 23.5 percent and "well done" rounding it out at 19.4 percent. Fewer than five percent chose "rare" as their preferred cook temperature.

Protein penchants varied widely for most participants, although there was a clear winner when it came to one question in particular: "Hamburgers or hot dogs?"

Americans seem to like their burgers. (Grill Cook Bake)

The overwhelming majority of Americans surveyed — 81 percent — said they preferred a burger to a dog.

Whether you’re team burger or hot dog, one thing is for sure – Americans enjoy their grilled fare. Follow these grilling tips from the masters to avoid any barbecue blunders this season.