Any doubts you may have about that should be sidelined by last weekend's Sunday Service at Joel Osteen's Lakewood Church in Houston. It was, for all intents and purposes, a meeting of two megastars, the preacher and the rapper, coming together in a sanctuary that's a converted arena, once home to the Houston Rockets, and where the superstar team won two NBA titles. But it, too, now works for God.

This was no ordinary church service. It was a Kanye West rocking religious experience. And you may not have thought you were in church at times except that Osteen gave a sermon and the offering plate-- buckets-- were passed.

But the energy at the largest Christian church in America was mesmerizing. The 20,000-plus seat Lakewood sanctuary swayed and rocked to West's brand of Christian piety. As the song leader said from the earlier service, "Ain't nobody having church like this, this weekend?" 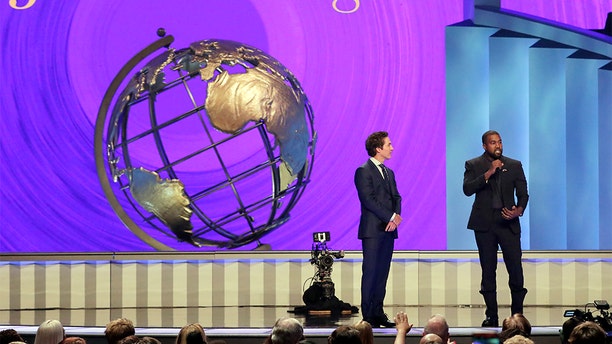 The Grammy award-winning rapper and entrepreneur brought a full gospel choir and instrumental ensemble to the church. At one level it was to help promote his new album, "Jesus Is King." But on another level, it was to make a much more public profession of his newfound faith in Jesus Christ. While over the last few months West has been discipled by some lesser-known, but theological conservative ministers, teaming up with Joel Osteen, made it seem official.

"I think it's a historic day for us," Osteen said. "Coming together just kind of two different worlds."

West affirmed that, saying, "It feels like all of this was meant to be. God has already had the plan of bringing me up in the church.  He gave me a theme song, basically that I can't go anywhere without doing this song, which is 'Jesus Walks.'"

Kanye's faith conversion hasn't hurt business. The album, "Jesus Is King," debuted at No. 1 on Billboards top 200, and the week it was released West had his biggest streaming week ever. But the question being bantered around still is, "Is this faith real, or is it a phase he's going through and will come out of?" 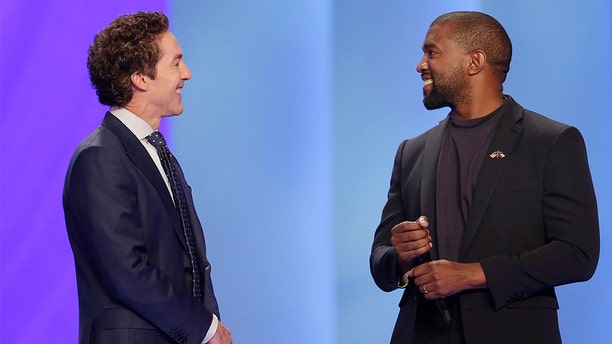 Alex McFarland, author and founder of Truth for a New Generation says, "Only the Lord knows anyone's heart. But I think Kanye is absolutely for real."

McFarland says we must understand the kind of risks a man like West is taking in making a bold turn in a whole new direction. This is a man who wrote some rather obscene and sexually explicit lyrics, who climbed to the top of the entertainment heap and became a superstar.

And now, like the 4th-century African bishop St. Augustine of Hippo, it wasn't enough. "He has courageously taken a stand for the Christian faith, for the Bible... and so I really would urge people to not just presuppose this is a fake or something like that," McFarland says.

There was incredible excitement at Lakewood because, like Osteen, West has millions of fans. At the early service, the two had a conversation about West's conversion.

Osteen asked West, "We've all seen, you know, something happened in the last year or so; not where you were back then. Maybe even you could speak a little bit to the transition, you know? How are you here today at Lakewood?" 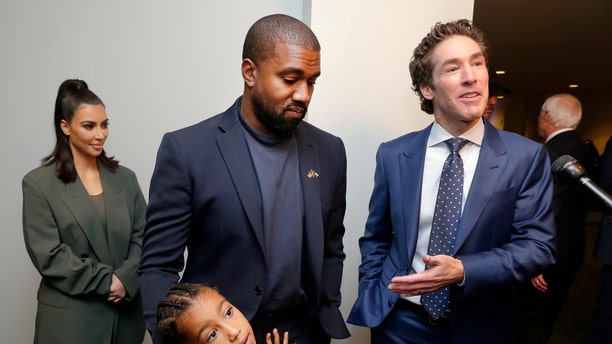 "Well, I know that God's been calling me for a long time and the devil's been distracted me for a long time," West answered. "And when I was, you know, at my lowest points, you know, God was there with me and sending me visions and inspiring me. And I remember sitting in the hospital at UCLA after having a mental breakdown. And there’s documentations of me drawing a church and writing, ‘Start a church in the middle of Calabasas, [Calif.]’”

People who witnessed the exchange had no doubt about West's sincerity.  Cinee Frank called it, "awesome." She said that she could relate to West's change of faith. “I’m actually one of those 20 years ago who came from a lifestyle of what he was speaking about," she said. "To me, it spoke to my heart and to my children today who are fans, you know, of the hip hop industry as well. You know that Jesus can do the impossible."

One of the most telling moments of West's conversion was probably unnoticed by most but reflects how he is influencing a new generation to become believers. As West rocked with the choir, his 4-year-old daughter, North, joined him at the mixing board. As he sang "I love you Jesus," North mouthed the words along with him, not afraid to express a faith that was yet still in its infancy. It was almost as if she knew her faith would be nurtured by someone she has looked up to her whole life.

And it's making a difference to others as well. The American Bible Society saw an uptick in the Googling of the words, "Kanye", "Jesus," and "Christian beliefs"... and made a thousand bibles available to Kanye fans online for free. The demand was so great, at last count they've given out more than 11,000.

In the words of worshipper Cinee Frank, "Jesus can do the impossible."