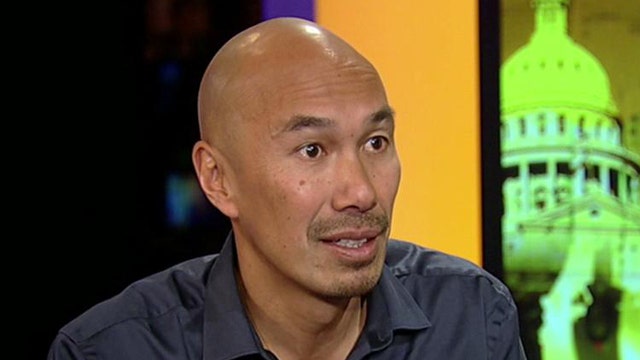 Francis Chan, former megachurch pastor and best-selling author, is leaving the United States to become a full-time missionary to "bring relief, share the gospel, and plant churches among" the "ultra poor" in Asia.

The "Crazy Love" author announced in his final chapel service at Azusa Pacific University on Wednesday that his family is moving to Hong Kong in February 2020.

“Nine years ago, while we were in Hong Kong, Lisa and I both felt God was calling us to move there,” Chan wrote in an online update, adding that they enjoyed their "dependence on God in unfamiliar, uncomfortable places."

Francis Chan, joined by others in his Crazy Love Ministries, pray on a summer vision trip in Hong Kong. (Courtesy of Kevin Kim)

It's something he believes he lived out and articulated in his most recent books, "Letters to the Chruch" and "You and Me Forever: Marriage in Light of Eternity."

Chan famously stepped down from his previous megachurch in Southern California in 2010, which he started out of his house after the focus turned to him and not the Holy Spirit, before taking his family overseas to India, Thailand, and China.

Francis Chan speaks in Myanmar this summer on a vision trip with others from his Crazy Love Ministries team. (Courtesy of Kevin Kim)

For the past nine years, his family has been in San Francisco, where they started "We Are Church," which has grown to 25 pastors, two of whom are now part of his family and plan to move with him.

Chan shared how he was in Myanmar traveling "from hut to hut with a translator, sharing the gospel with people who had never heard about Jesus" and the more he did it, the more he realized he wanted to do this for "the remainder of my life."

The popular pastor says he plans to still minister in the United States but will be "based in Asia for this next season of life."

"I have no idea how long I will stay in Hong Kong," Chan said. "We will just try to discern the Spirit’s leading daily."