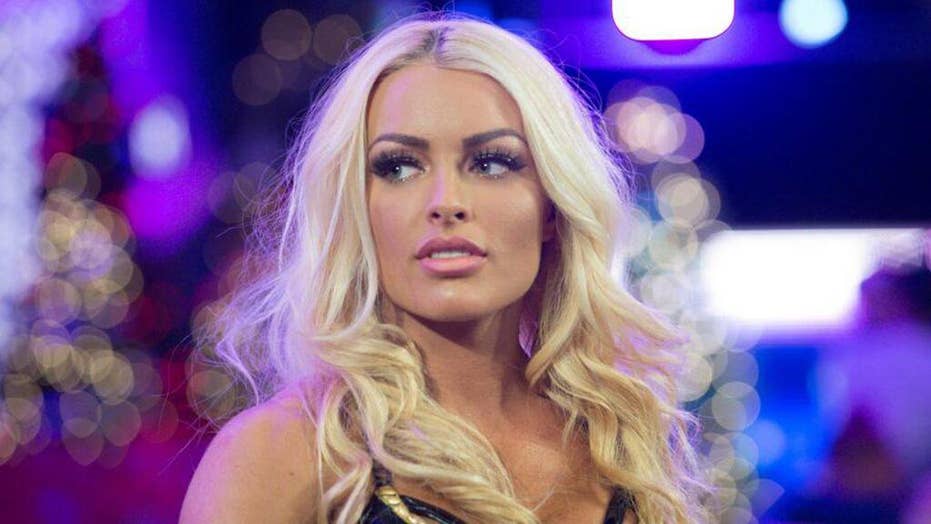 WWE ‘SmackDown’ superstar Mandy Rose discusses how her career began, her time on television and how she keeps up with constant travel

LOS ANGELES – It takes a lot to be a WWE Superstar.

Constant traveling, exercising and literal fighting can wear on someone, but Mandy Rose -- whose real name is Amanda Rose Saccomanno -- loves her life and is still going strong.

In addition to wrestling, the 29-year-old Westchester, N.Y., native has dove headfirst into several other passion projects. She starred in the fifth season of the reality show "Total Divas," hosts a donut-centric web series with fellow Superstar Sonya Deville and has now developed a skincare line, Amarose.

Mandy spoke with Fox News about what drew her to wrestling, her time on television and the best places that work has taken her to.

Fox News: How did you become a WWE Superstar?

Mandy Rose: I was studying speech-language pathology at Iona College and I got my bachelor’s degree there. And then I was approached from a friend, actually, that was like, ‘You know, you should get into bodybuilding and fitness competitions.’ And I didn’t really know anything about that industry, but it kind of intrigued me a little bit. So I was like, ‘I’ll give it a shot.’ You know, I always was fit and loved to work out and play sports, but I didn’t really know, you know, anything about fitness competition. So I was training to do a show in Boston with WBFF [World, Beauty, Fitness & Fashion] and I did the show, I really didn’t know what I was doing, but I placed first, which is really cool. And from then on, I went on to WBFF Worlds and I became the 2014 Bikini World Champion, which then led me to WWE. So, it’s kind of crazy.

Fox News: Where did the name "Mandy Rose" come from?

Mandy Rose: My real name is Amanda Rose Saccomanno, so a lot of people don’t know that, but Rose is kind of special in my family as my grandma’s name is Rosemary, my mom’s name is Mary Rose, I’m Amanda Rose, my niece is Demi Rose. So it kind of just keeps going in the family. But I was put on ‘Total Divas’ right when I got signed, so before I kind of stepped foot in the ring, I was on ‘Total Divas’ and I went by the name of Mandy, so [...] we didn’t really want to change my name after that. It was like everyone knew me as Mandy and even from ‘Tough Enough,’ so we went with Mandy Rose.

Mandy Rose: It's really cool because it's such a blessing to be on ‘Total Divas’ because it's a totally different demographic, as well, and a lot of the audience is a lot of people that may not watch wrestling and may not be aware with WWE, but then all of a sudden they get so intrigued by it, especially women all around the world, you know, traveling, and you see behind the scenes and you see some stuff that you'll never see [...] on WWE TV. So it's really cool to get that vibe. And right now it's a great time to be a woman in sports entertainment. So it's really cool, especially to see these women like, you know, kicking a-- on TV, but seeing all the work that [...] comes with it and all the stuff that we have to, you know, all the drama and everything behind the scenes. So it's a lot of fun.

Fox News: What makes it a good time to be a woman in sports entertainment?

Mandy Rose: I mean, just everything! You see these women, you know, we're just all breaking down barriers. I mean, it's what people want to see, too. You know, especially in sports, entertainment and WWE. And people want to see the women, you know, kick butt. And it's just a great time. So I'm really blessed. And for me, it's only the beginning of my career and I'm excited for what's to come. And it only makes me more motivated and be more driven to want to get to the top, want to get to the very top, just like the women's main event of this year at WrestleMania.

Fox News: Who are your female icons outside of wrestling?

Mandy Rose: I would say, Serena Williams, I've always looked up to [her]. She's just bad-- and I mean, she just speaks volumes, obviously. And I mean, there's just a lot of women out there that, you know, even like JLo [...] she just, you know, looks better and better with age. And she's just a huge influence to young girls that want to be out there in whatever industry it is. Music, entertainment, movies. So it’s just a great time.

Fox News: What is your new show, "Damandyz Donutz," about?

Mandy Rose: So my tag-team partner, Sonya Deville and I, we decided to go around the world everywhere, we go for TV and try the best glazed donuts. And now it's kind of turning into this food channel, as well, because we love food and we're big foodies and we're both, every time we go places, we're like, ‘Oh let’s find the nicest restaurant and go check out, you know, what their cuisine is.’ And we wanted to build our YouTube channel, so we're like, what's the better way to get a little more creative and try to engage our fans into seeing something that they don't see all the time. So we do little videos and we're in the car, of us eating donuts or at restaurants. And it really took a hit. Now we have our own website, we have our own clothing line with it, and eventually, we want to have a brick-and-mortar one day.

"...I was approached from a friend, actually, that was like, ‘You know, you should get into bodybuilding and fitness competitions.’ And I didn’t really know anything about that industry, but it kind of intrigued me a little bit."

Fox News: What is your "Fit With Mandy" app?

Mandy Rose: It's an app that I created about a year ago. It's basically a 12-week at-home program designed for all different skill levels. Males, females of any age. It requires [...] little-to-no equipment. And it's a lot of high-intensity interval training. And it's a lot of stuff that I do when I'm on the road when we are in these little towns and cities that we can't find a good gym or good equipment. So it's just something that you can even do in your hotel room. So it speaks volumes for me because it's something where I'm so passionate for it and I'm obviously so into taking care of my health and fitness. And we have to keep up with that, of course, in WWE. So it's something that's convenient, easy and accessible for everyone.

Fox News: What was the inspiration for your skincare line, Amarose?

Mandy Rose: So obviously, it's another thing to keep up with, not only your health and beauty. I'm always in front of the camera, always traveling and getting out of airports and skincare is very important to me. So a little less than a year ago, Jazz Mathur and I partnered together with creating a skincare line called Amarose. So it's very exciting, it’ll be launching soon in February and we’ve got a bunch of different products, and we really took the time in developing the best products and also suitable for everyone. But for me especially, too, I've tried out the products for at least five months and I've been seeing amazing results, and it's something that I want to make sure I love. And, you know, if I'm gonna be showcasing it to other people; and it's really exciting. And of course, the name Amarose, "rose" is there.

Fox News: What are some of your favorite places work has taken you to?

Mandy Rose: I have traveled a lot of different places, but I have to say South Africa was really cool, like Cape Town and Johannesburg. We, unfortunately, were really only there for a few hours. We [...] either go to the gym, sightsee, either/or, we don’t have time for both. Then we go to our shows and then [...] go to the next city. So it’s kind of hard, but recently, my new favorite has been Dublin, which was a lot of fun. It actually was the last stop we were at, so we were able to kind of go out and we had some Irish coffees and it was just, the streets were just, it was really cool. It was a really cool experience.

Fox News: Do you have any travel tips?

Mandy Rose: Well now, I feel like because I travel so much, it just becomes a routine for me. It’s like, when I get home, I unpack everything out of my suitcase, wash everything and pretty much everything goes right back in to make it easier, my suitcase never really closes. It’s just if you’re on the road so much, it’s just easier that way. But little tips, it’s just making sure you’re prepared, like, you know, with your essentials. For me, it’s my skincare, for me, it’s my, you know, my protein on the road and making sure I have the right nutrition and food for my diet. That’s about it. And just making sure you’re also just in the moment, as well, because we’re always so busy that this time can go by fast, too. So it’s, like, always just being in the moment and being present.