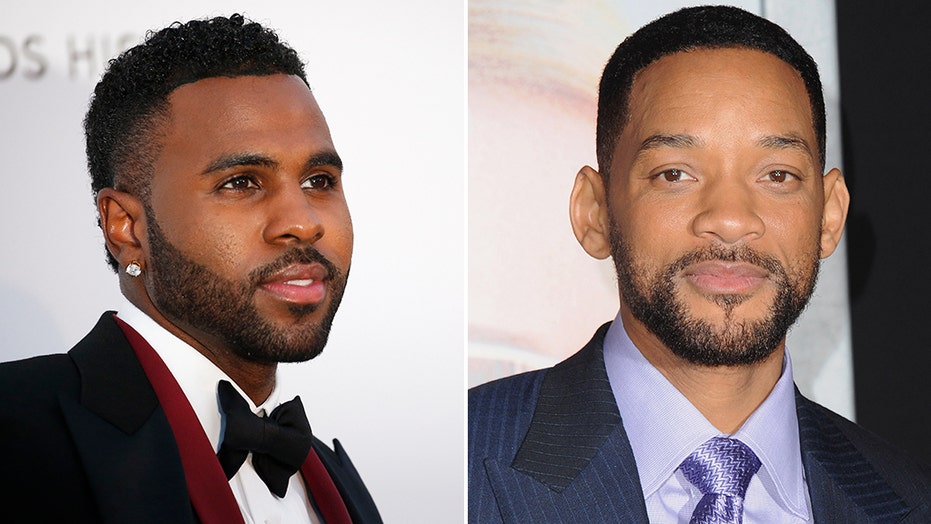 Will Smith appeared to have his teeth knocked out by singer Jason Derulo during a golf lesson gone wrong.

Smith, 51, posted a video on Instagram on Sunday as he appeared to show Derulo, 30, how to do a proper golf swing.

The “Bad Boys” actor warned the “Watcha Say” singer not to swing yet, but Derulo pulled the club back regardless, hitting Smith in the mouth.

In the clip, the “Fresh Prince of Bel-Air” star clutched his mouth before revealing his front teeth were chipped.

Derulo slowly backed away after the incident.

The “Men In Black” actor captioned the post, “And we never saw @jasonderulo again.”

WILL SMITH OPENS UP ABOUT HIS LIFE’S ‘ULTIMATE FAILURE’: IT WAS THE ‘WORST THING’

“I know a good dentist.. text me back,” Derulo commented.

Smith later posted a smiling selfie with the “Cats” star in which he appeared to have his chipped teeth in a different spot.

“I gotta stop inviting @jasonderulo over," the father of three captioned the photo.

Derulo posted the same picture and joked that Smith was “finally embracing his new smile.”

Jason Derulo and Will Smith (Reuters/Getty)

The pranksters never confirmed whether or not the video was a joke.

However, the skit was similar to one Derulo did back in May where he appeared to chip his tooth while eating corn on the cob attached to a power drill.

Derulo’s participated in many viral challenges on TikTok earning him a solid source of income.

Last week, he reacted to President Trump’s executive order to ban the app in the U.S. for national security purposes.

“I don’t believe that will be the case, honestly, but that would be a sad day for a lot of people, including myself,” Derulo told Page Six. “I just have a lot of fun on the app, so it would be pretty sad, but I don’t think it’s going to happen.”