Will Smith doesn't think of himself as a jealous type of husband now, but once upon a time he was.

The movie star revealed in a recent interview that he regrets how he handled wife Jada Pinkett Smith's close friendship with the late Tupac Shakur. (The rapper was killed in 1996.)

While appearing on the radio show “The Breakfast Club”, co-host Charlamagne tha God asked the 51-year-old "Bad Boys for Life" actor if he was every jealous of their relationship. "F--k yeah," he confessed.

“That was in the early days,” Smith explained. “That was a big regret for me, too, because I could never open up to interact with Pac.”

Pinkett Smith and Shakur met as teens when they both attended the Baltimore School for the Arts.

“They never had a sexual relationship, but now they had come into that age where that was a possibility, and Jada was with me,” Smith said.

Back in 2015, Pinkett Smith confirmed to Howard Stern that she and Tupac weren't physically attracted to each other. To prove it, she said she forced the musician to kiss her but they agreed it was "the most disgusting kiss" they ever had. 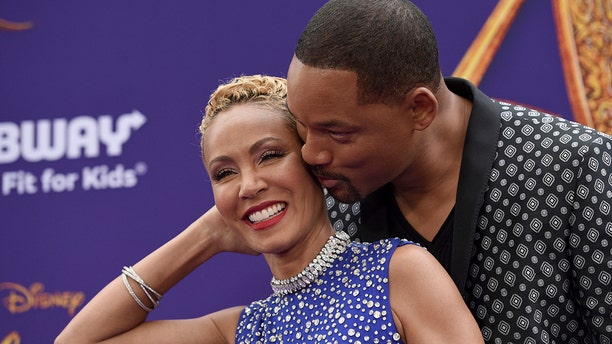 Will Smith, right, kisses Jada Pinkett Smith as they arrive at the premiere of "Aladdin" at the El Capitan Theatre in Los Angeles. (Chris Pizzello/Invision/AP, File)

Smith admitted his wife tried to get them to form a bond but it wasn't happening: “That was a huge regret of mine. I couldn’t handle it," he said.

The Hollywood power couple met on the set of “Fresh Prince of Bel-Air” in 1994 and tied the knot three years later.