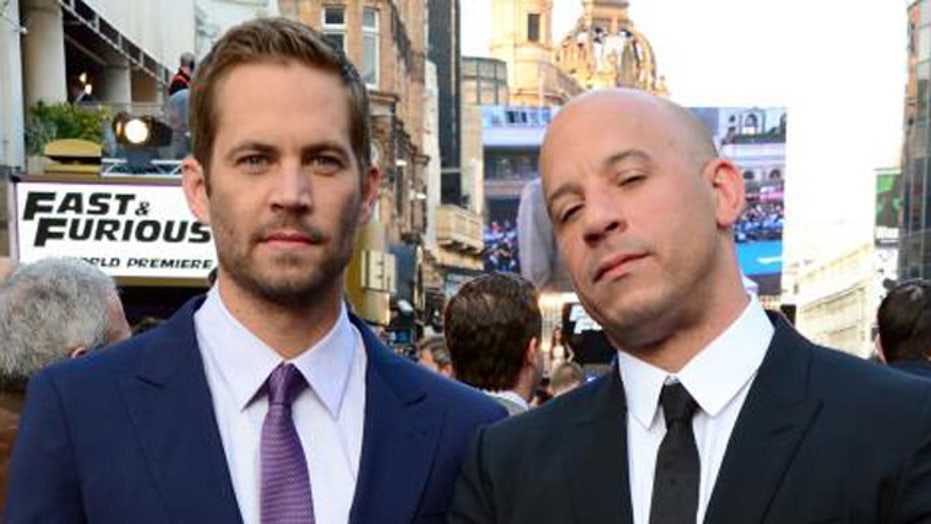 Actor thanks fans in Los Angeles

Walmart issued an apology to the late actor Paul Walker’s "family, friends and fans" after users found a tweet from the chain’s official Twitter account to be insensitive.

The famous retail chain made an attempt to engage in a lighthearted exchange with its customers on social media by quoting a line from the Comedy Central series “Workaholics.”

“Hey Paul Walker. Click it, or ticket,” the company’s Twitter page wrote in response to a fan posting a gif of a car racing through traffic to represent rushing to Walmart to pick up some Pillsbury Cinnamon Rolls being sold there.

PAUL WALKER SHARED THE SCREEN WITH THESE LATINO CELEBRITIES

The tweet has since been removed after several people noted it was insensitive given the fact that the actor tragically died in a car accident in 2013.

In a statement to Fox News, the company apologized for the tweet.

“We apologize to Paul Walker’s family, friends and fans,” the statement from a Walmart spokesperson reads. “The tweet was posted in poor judgement and has been removed.”

As USA Today notes, the line from “Workaholics” being quoted came from a 2011 episode that aired prior to the actor’s death at age 40. Walker, best known for his role as Brian O’Conner in the “Fast and the Furious” franchise, was riding in the passenger seat of a car that crashed in Santa Clarita, Calif. in November 2013. The driver was determined to be Roger Rodas, a friend of the actor’s who owned a sports car dealership.

Vin Diesel and Dwayne "The Rock" Johnson, were among the late actor's co-stars who took to social media in September 2019 to honor him on what would have been his 46th birthday.

“Normally today I would be planning how to embarrass you with a birthday cake. Haha,” Diesel wrote at the time. "Instead I reflect on how lucky I am to call you my brother. The tears never go away, but they change... from that of mourning to that of grace. We only hope to make you proud. Speaking of which, guess what message I woke up to... your daughter. Meadow sending me love on this day. Wow, she knows me so well. She has your heart. Happy birthday... it's amazing, but somehow you continue to make the world a better place."

Johnson wrote in part: "Something about today compelled me as a moving reminder of how fragile life is for all of us. It’s Paul’s birthday and rightfully so, his legacy celebrated around the world. Our friendship was bonded over our daughters and the pride and protection we took being their fathers.”