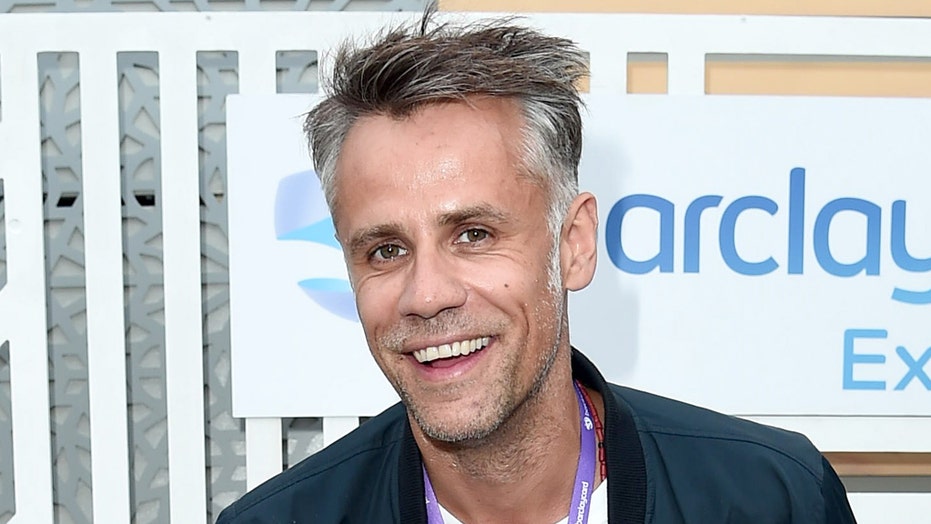 Bacon, 44, revealed on social media that he and three passengers were driving along the city's Pacific Coast Highway when his vehicle started to make "a funny noise." The four people, including Bacon, managed to get out of the car in time before it caught fire.

"I guess we’re gonna need a lift home," the former "Blue Peter" host tweeted. "Thanks to the lovely Santa Monica fire department and the delightful people on the PCH who stopped to help. The car started making a funny noise as we drove home from Malibu. Then dramatically caught fire. All 4 of us fine."

The television personality shared a 15-second clip of the scary scene, showing his SUV going up in flames from its front hood. He captured the video several feet away as firefighters hosed it down on the side of the road.

In a separate video posted to his Instagram Story, firefighters used a crowbar to lift the hood as smoke erupted from the car.

"We love you @santamonicafirefighters," he wrote.

He also shared a shot of the front of the vehicle, noting that his wife, Jessica, asked, "how many lives have you got left?"

Bacon further explained on Instagram that because he's "seen a lot of films" he and his three passengers "moved back" with caution as they expected the car to explode.

"It didn't. Apparently that's just a movie thing," he added.

Richard Bacon revealed he and three passengers are OK after his Land Rover went up in flames in Los Angeles on Tuesday. (Getty)

"All four of us were in there. Everyone fine and happy. May not go with Land Rover next time," Bacon added without sharing who exactly was in the vehicle with him.

Bacon's followers reacted to the video, stressing that they were relieved the group was able to walk away uninjured.

"Jesus mate i am glad you are all ok," one friend wrote.

In 2018, Bacon survived a suspected case of pneumonia that led to him being placed in a medically induced coma. After awaking, he tweeted that he was fortunate he fell ill in Britain instead of in the United States.

"Thank God I got ill in Britain (actually on the way to Britain, was taken off the plane in a wheelchair). F--k all the ideology driven politicians who’ve messed up America’s healthcare system. Viva the NHS. Happy 70th," the former BBC Radio 5 presenter wrote at the time.