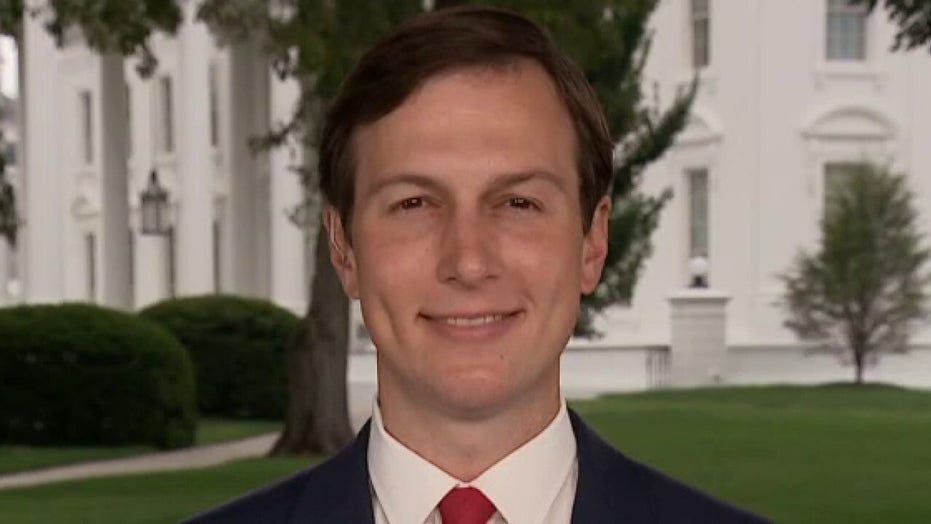 "Real Time" host Bill Maher on Friday offered some rare praise for President Trump after his administration brokered a peace deal between Israel and the United Arab Emirates (UAE) earlier in the week.

"This is, to quote Joe Biden, a big f---in' deal,'" Maher said, using a past Biden quote that was unrelated to this week's accord -- although Biden did praise the deal Thursday.

"Or maybe it isn't," Maher continued, turning to his panel of guests. "I'll ask you: Do you think this is a big deal? ... Trump did a good thing ... or somebody in his administration did."

"Anything that adds peace or stability to the region, we shouldn't be afraid to say that's good news."

"Anything that adds peace or stability to the region, we shouldn't be afraid to say that's good news."

Andrew Yang, a New York businessman who also ran for president as a Democrat, agreed -- and offered advice to fellow Democrats about positive developments that come from the Trump administration.

"When something good happens, you have to call it out because you can't get into this trap or this mode where everything that Trump does is automatically bad," Yang said. "You know, Democrats need to have a clear vision for what we want to see in the world and anything that moves that vision closer to reality, that we should applaud -- regardless of who's in power when it happens."

"You can't get into this trap or this mode where everything that Trump does is automatically bad."

On Thursday, President Trump -- along with Israeli Prime Minister Benjamin Netanyahu and Crown Prince of Abu Dhabi and Deputy Supreme Commander of the United Arab Emirates Sheikh Mohammed Bin Zayed -- released a joint statement saying they had "agreed to the full normalization of relations between Israel and the United Arab Emirates.”

The statement said the “diplomatic breakthrough” came at “the request of President Trump.”

Under the deal, Israel would “suspend declaring sovereignty over areas outlined in the President’s Vision for Peace and focus its efforts now on expanding ties with other countries in the Arab and Muslim world.”

Maher reiterated he thinks it will be a "big deal in that part of the world."

"It's happening slowly, but the normalization of Israel in that part of the world, I think, you know, it didn't happen quickly but it's going to happen because everyone realizes it's inevitable and they're not going anywhere," Maher added.

Biden also praised the peace deal Thursday, but credited efforts of the Obama-Biden administration for the “historic step.”