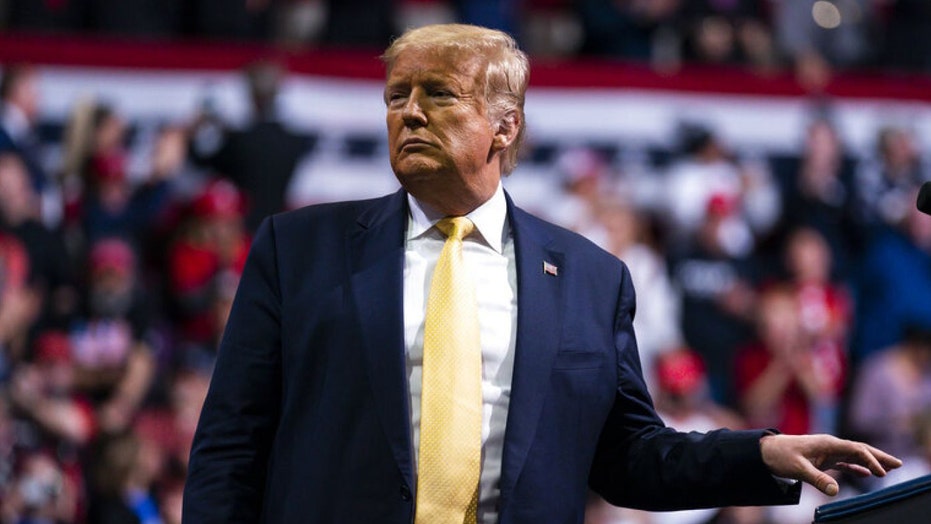 Donald Trump was apparently not a fan of this year's Academy Awards.

The president criticized "Parasite's" Oscar win during a campaign rally on Thursday, and took on Brad Pitt, who also took home an award this year.

"How bad were the Academy Awards this year?" he asked the crowd, according to The Hollywood Reporter. "And the winner is ... a movie from South Korea! What the he-- was that all that about? We've got enough problems with South Korea, with trade. On top of that, they give them the best movie of the year."

Trump, 73, continued, reminiscing about films from the past.

"Was it good? I don't know," he admitted. "Let's get 'Gone with the Wind' back, please? 'Sunset Boulevard.' So many great movies."

"Parasite" took home the award for best motion picture of the year and also for best international feature film, a category that replaced the now-defunct best foreign film category.

"I thought it was best foreign film, no?" said Trump, referencing the change.

The film's distribution company, NEON, responded with a tweet that read, "Understandable, he can't read."

The president also took a swipe at Brad Pitt, who won an award for his work in "Once Upon a Time in Hollywood."

Trump was referring to the 56-year-old actor's acceptance speech in which he said, "They told me I only have 45 seconds up here, which is 45 seconds more than the Senate gave John Bolton this week," in reference to Trump's impeachment trial.