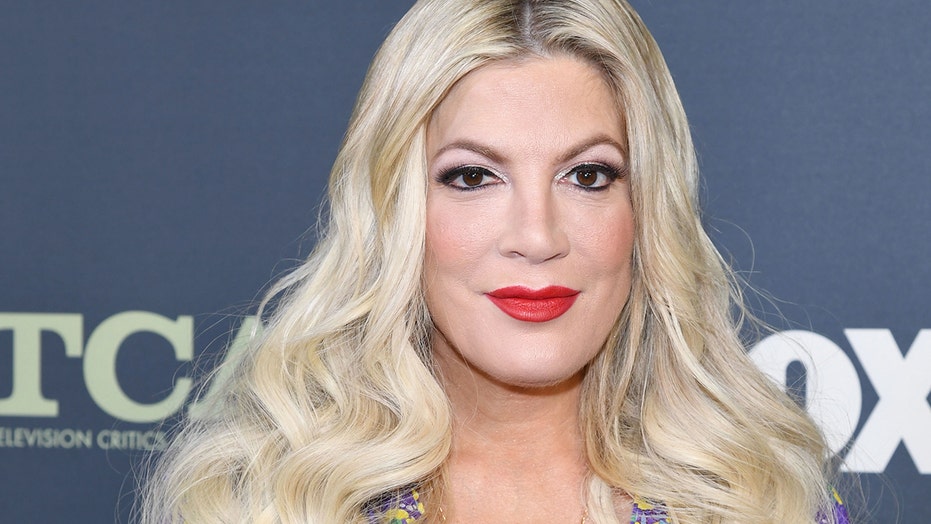 Tori Spelling opened up about being bullied by "internet trolls" while on "Beverly Hills, 90210."

On Monday, the actress spoke out in an Instagram post about how emotionally and mentally damaging it was to experience such distress while still a teenager.

“My Dad always said ‘Your eyes are the windows to your soul,’” Spelling began, referencing her late producer father, Aaron Spelling. “I’ve never forgotten that. Because of that belief my Dad rarely let his actors wear sunglasses in a scene. He believed their eyes conveyed everything. All emotions.”

Spelling confessed how people online would call her “frog” and “bug-eyed.”

TORI SPELLING SAYS HER KIDS HAVE BEEN THROUGH 'SO MUCH BULLYING'

The cast of 'Beverly Hills, 90210' is pictured here. (Mikel Roberts/Sygma via Getty Images)

“When I started 90210 at 16 I was filled with low self confidence,” Spelling, 47, wrote. “Then, internet trolls ( yep we had them back then too!) called me frog and bug eyed. Being put under a microscope as a young girl in her formative years was hard. I spent years begging makeup artists on my shows and movies to please try to make my eyes look smaller. I would cry over my looks in the makeup trailer chair.”

Spelling shared three photos in the post: one of herself recently and two throwback photos of herself: one from the '90s teen drama and one from when she graced the cover of Rolling Stone.

“Many people ask why I only show one side of my face,” she continued. “Some write hurtful things. Yes, it is a choice. My choice. Because, a vulnerable innocent excited girl showed all of her face at 16 and was eaten alive. Choices about my looks were made for me by nameless and faceless accounts. Words can’t be unread. Cyber bullying existed then and it does now worse than ever.”

Tori Spelling spoke out against being bullied as a teenager by 'internet trolls' while on 'Beverly Hills, 90210.'  (Ari Perilstein/Getty Images for Feld Entertainment)

Spelling concluded by warning people that their words matter and begged others to have compassion and empathy.

“Just remember next time that you go to comment on someone’s account regarding their face or body or choices, you don’t know them,” she wrote. “They don’t know you. But, their soul will remember that unkind comment. It’ll be imprinted on them. Our memories can’t remember physical pain but we do remember emotional, verbal, and written pain.”