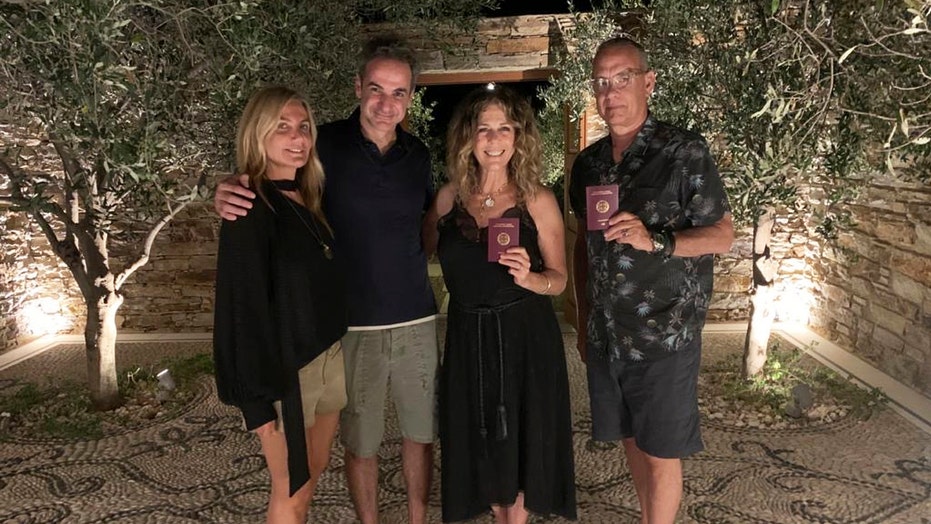 Tom Hanks and his wife Rita Wilson are now officially citizens of Greece.

The prime minister of Greece, Kyriakos Mitsotakis, shared a photograph on Instagram of him and his wife Mareva Grabowski-Mitsotaki at a meeting with Hanks and Wilson, who were holding up their new Greek passports.

TOM HANKS DIVES INTO HIS BIRTHDAY: 'THIS GREYHOUND IS 64!'

Greece offered citizenship to Hanks, 64, Wilson, 63, and their two children, in recognition of the family’s help in raising funds for the victims of a deadly wildfire near Athens in 2018.

Wilson, an actress and producer, has Greek and Bulgarian ancestry and was raised Greek Orthodox. Hanks converted to Greek Orthodoxy when he married Wilson. And the couple frequently vacations on the Greek island Antiparos, where they have a home.

The Oscar-winning actor posted in January that he was “starting 2020 as an Honorary citizen of all of Greece!”

Hanks and Wilson were diagnosed with coronavirus in March. They quarantined in Australia until it was safe for them to return to the United States.

Since then, the pair has been donating their blood plasma in an effort to aid vaccine research.