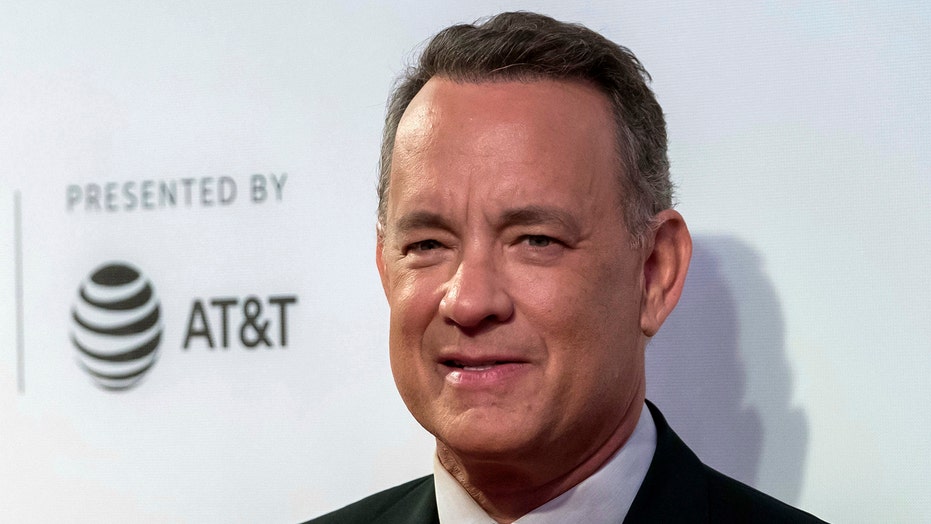 Fox News Flash top headlines for May 23 are here. Check out what's clicking on FoxNews.com

Even as the “Toy Story” franchise comes to a close with its fourth installment, one super fan showed Tom Hanks the movies will live on in his heart -- and on his stomach.

Hanks, who has voiced Woody from the “Toy Story” movies since the first installment was released in 1995, posted a selfie with the fan on Twitter Thursday morning.

The man had his shirt pulled up to reveal a tattoo of Woody on his stomach. The cartoon cowboy toy was tipping his hat and revealing the bottom of his shoe, which in the movies says “ANDY,” but appeared to be another name on the tattoo.

In the “Forrest Gump” actor’s typical fashion, he signed the post: “Hanx.”

On Wednesday morning, Hanks revealed that his “Toy Story” co-star Tim Allen warned Hanks about the “tough” ending to the fourth film.

“Because this is the end of the series and I had gotten some texts from Tim -- Tim Allen, who plays Buzz Lightyear, the astronaut -- and these texts are saying, ‘Have you recorded yet? Have you been in? Have you had a session yet?'” the 62-year-old actor said on “The Ellen DeGeneres Show” Wednesday morning.

Hanks said that since he hadn’t seen the pages, Allen warned him: “Wait until you see those last pages. Tough one, tough one.”

On Wednesday morning, Tom Hanks -- who voices Woody in the "Toy Story" movies -- revealed that his co-star Tim Allen warned him about the “tough” ending to the fourth film, which is set to hit theaters on June 21.<br data-cke-eol="1"> (AP)

“And it was,” Hanks confirmed to Ellen. “The last few sessions were -- we’re saying goodbye to Woody and Buzz and Bonnie’s room and Andy and everybody. It was emotional. So, I had to, I had to turn my back on them all.”

In February, Allen told Entertainment Tonight that he and Hanks could barely hold it together as they recorded the final scenes of the film.

"Both Tom and I, who met yesterday for our little guy's lunch, we were both very, very affected by the end of the movie," Allen, 65, told the outlet at the time. "So much so that he had turn around. He couldn't even deliver his end of it, [and] I couldn't deliver my end of it."

“Toy Story 4,” which is set to premiere on June 21, also features the voices of Keanu Reeves, Joan Cusack, Tony Hale, Jordan Peele and Keegan-Michael Key. A new trailer for the movie was released Tuesday that included a brief appearance by Reeves’ character, a toy stuntman named Duke Caboom.