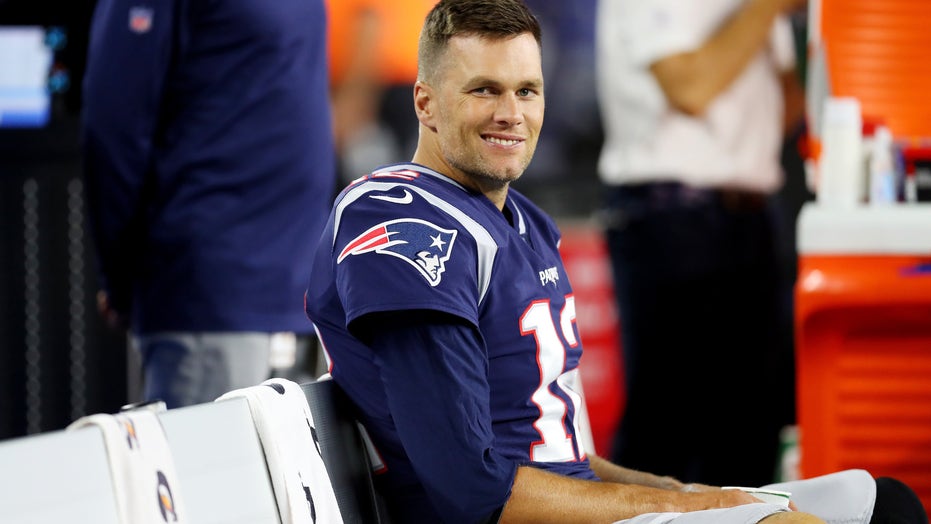 Tom Brady and James Corden recently enjoyed a day of golfing and singing.

On Thursday, the Tampa Bay Buccaneers quarterback shared a clip on social media from his recent appearance on James Corden's "Late Late Show" on CBS.

In the video, the two are seen riding along in a golf cart and singing along to "Alexander Hamilton."

"If they let me and @j_corden co-star in Hamilton I’ll retire tomorrow," Brady, 43, joked of his NFL career.

*May need a teleprompter at times," he further teased.

Fans and celebrities alike were quick to comment with Hugh Jackman writing, "If you’re headed to Broadway, my days are numbered!" Jackman has won a Tony award for his performance in "The Boy from Oz" and will be returning to the Great White Way for its post-pandemic re-opening in a revival of "The Music Man" starting Dec. 20th.

In the interview, Brady revealed several tidbits: he's seen "Hamilton" on Broadway three times and outside of football, golf is one of his "favorite" things to do. The duo also sang along to "Country Grammar" by Nelly.

Of his decision to not retire yet, the seven-time champion admitted that "it's hard to walk away from something that you still feel like you can do and you wanna do."

Brady appeared on "The Late Late Show" to promote a charity event, The Match, which he is participating in on July 6.