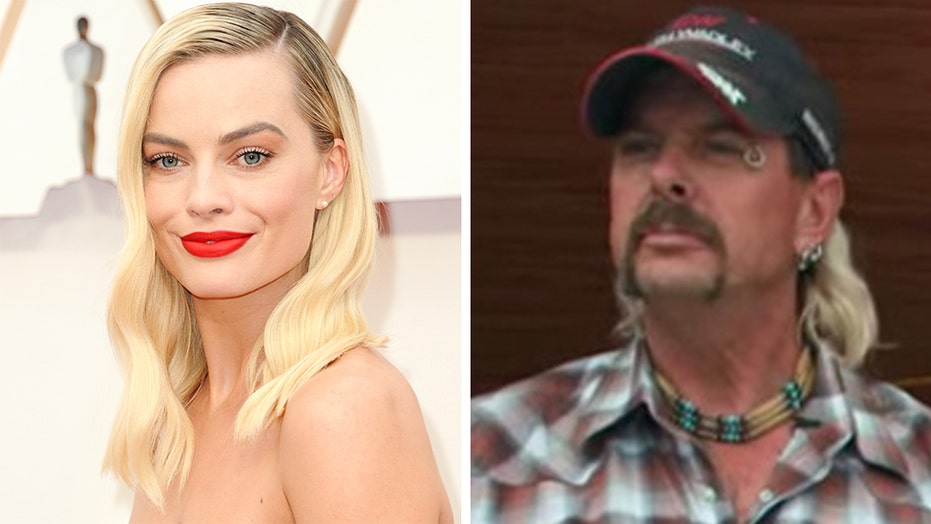 Margot Robbie's next gig could be a unique one if the "Tiger King" podcast host gets his way.

As the success of Netflix's "Tiger King" continues, a miniseries -- which was reportedly ordered back in November by Universal Content Productions and based on the podcast "Joe Exotic: Tiger King" hosted by Robert Moor -- is getting its casting together to tell the tale of rival big cat enthusiasts.

On an episode of Andy Cohen's SiriusXM show on Monday, Moor opened up about his ideas on casting, including the role of Joe Exotic, an eccentric zookeeper from the South.

"I'm involved [with the miniseries], we've been taking over a lot of names," Moor revealed. "... Sam Rockwell was one of the names that came up a lot. This is to play Joe Exotic, of course, my preferred casting -- and this is a bit off-the-wall -- would be Margot Robbie."

He added: "I think Margot Robbie should play Joe in a gender-switched [role]."

Moor and Cohen discussed the possible casting, noting that there is a modicum of physical resemblance between Robbie, 29, and Exotic, whose real name is Joseph Maldonado-Passage. He is in his late 50s.

Moor also said that the role might be intriguing to Robbie because of some of her past work.

"The show has a very 'I, Tonya' vibe," he noted. "I think that's right where to tonal register is going to be, and I think she'd do a great job with it."

Kate McKinnon has signed on to play Carol Baskins, per Deadline, who runs a big cat rescue and was embroiled in a feud with Exotic for many years.

No other information such as casting or when and where the series will air has been announced.