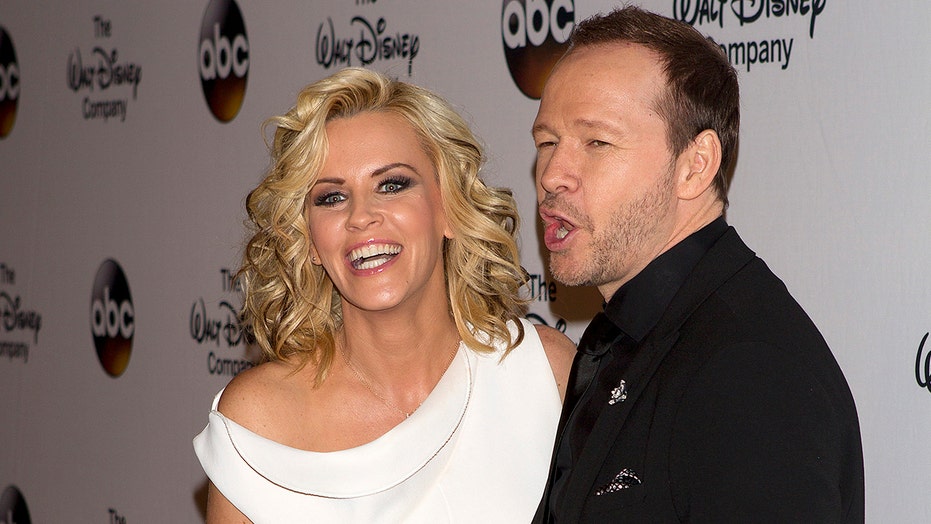 Celebrities throughout the country are keeping busy during the worldwide coronavirus pandemic that has many of us cooped inside for hours on in -- and you can add Jenny McCarthy and Donnie Wahlberg to the mix of folks bringing an upbeat spirit to those staying home amid the outbreak.

Taking a page out of the "Tiger King: Murder, Mayhem and Madness" playbook, the lively couple channeled their inner Joe Exotic for a spoof of one of the now-incarcerated big cat enthusiast and country singer’s songs where he croons alongside one of his many exotic tigers.

McCarthy, 47, shared the video to her Instagram, which shows Wahlberg, 50, in a black tank-top, blue jeans and a blonde mullet, similar to the one styled by Joseph Maldonado-Passage, otherwise known as the “Tiger King.”

For her part, the “Masked Singer” panelist dressed up as one of Maldonado-Passage’s tigers as she meandered close to Wahlberg while on all fours as he lip-syncs “Because You Love Me,” which according to People magazine, isn’t even sung by Maldonado-Passage in real life.

During the video, Wahlberg continuously slaps at McCarthy while she cozies up and paws at him in various parts during her cosplay.

The “New Kids on the Block” co-founder even grabs an acoustic guitar and pretends to hit the tiger with it, in a display of Maldonado-Passage's behavior that PETA called “truly sad” in its Twitter response to the Tiger King’s portrayal.

“Most accurate portrayal of #TigerKing yet!” the organization tweeted on Thursday. “It’s truly sad to see how animals are exploited for profit 💔 PETA helped rescue 39 tigers, 3 bears, 2 baboons, and 2 chimpanzees from Joe Exotic’s hellhole roadside zoo. Join us in helping tigers!”

The seven-part series for the streaming giant follows Joseph Maldonado-Passage, 57, in his exploits as a zookeeper, country musician, aspiring politician and arch-rival of fellow big cat enthusiast Carole Baskin. Maldonado-Passage was handed a 22-year prison sentence for his involvement in a murder-for-hire plot to kill Baskin, as well as multiple animal-rights violations, according to The Hollywood Reporter.

On Wednesday, Rebecca Chaiklin, one of the filmmakers on the project revealed the two names the convicted cat wrangler would want to see play him in a movie about his life.

"He would like Brad Pitt or David Spade to play him," she said during an interview with the Hollywood Reporter. "He doesn’t refer to David Spade as David Spade — he refers to him as ‘Joe Dirt.'”