'The Sopranos' prequel movie gets new title and release date 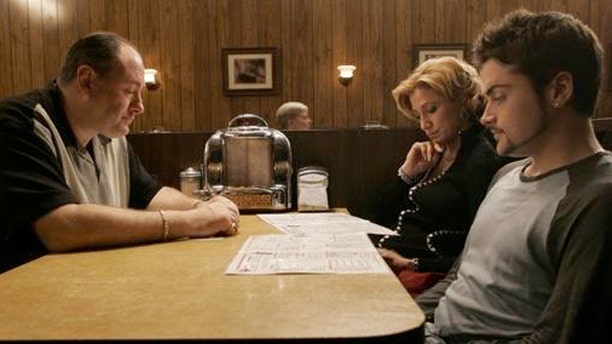 'The Sopranos' prequel movie just got a new title. (AP)

"The Sopranos'" long-gestating feature film prequel has a new name and a release date.

ET has confirmed that the movie will simply be called "Newark;" it’s headed to theaters on Sept. 25, 2020.

The New Line Cinema project was originally titled "The Many Saints of Newark." Set during the Newark riots of 1967, the film will explore Tony Soprano’s (played in the iconic HBO series by the late James Gandolfini) life in this earlier era. Michael Gandolfini, James’ 19-year-old son, is set to play a younger version of his father’s beloved character.

The riots, which were fueled by racial differences within the city, took place from July 12-17 of the infamously hot summer, leading to looting, property damage and the deaths of 26 people, not to mention hundreds of injuries.

Vera Farmiga, Ray Liotta, Jon Bernthal, Corey Stoll, Billy Magnussen and John Magaro have all been confirmed to be participating in the film. David Chase, who created the show, co-wrote the script with Lawrence Konner. It will be directed by Alan Taylor.

"The Sopranos" was on the air from 1999 to 2007. Throughout that run, it garnered numerous prizes including 21 Primetime Emmys, five Golden Globes and two consecutive Peabody Awards.

In January, the remaining cast of "The Sopranos" reunited for a panel at the SVA Theater in New York City to celebrate the show’s 20th anniversary. While on hand, they discussed some of their favorite memories of Gandolfini, who died of a heart attack in 2013.

“I feel like he never really knew how good he was,” Edie Falco, who played Tony's wife, Carmela, on the mob drama explained to ET. “He was so humble in the face of how great he was. He never really felt like he knew what he was doing… Such a powerful actor and such a powerful scene partner. But the humility added to just how much fun he was to be with.”

Robert Iler, who played Gandolfini’s son on the series, revealed that Gandolfini liked to quietly check in on him off set, just to ensure he was all right.

“He would call my manager to make sure I wasn't spending too much on rent or hanging out with the wrong people,” he told ET. “And him telling my manager, ‘Don't tell Robert I called.’ He didn't want the credit. He didn't want people to think he was a good guy… I don't remember Jim going around looking for validation from people. You know, he was who he was, and for me, Jim was perfect.”