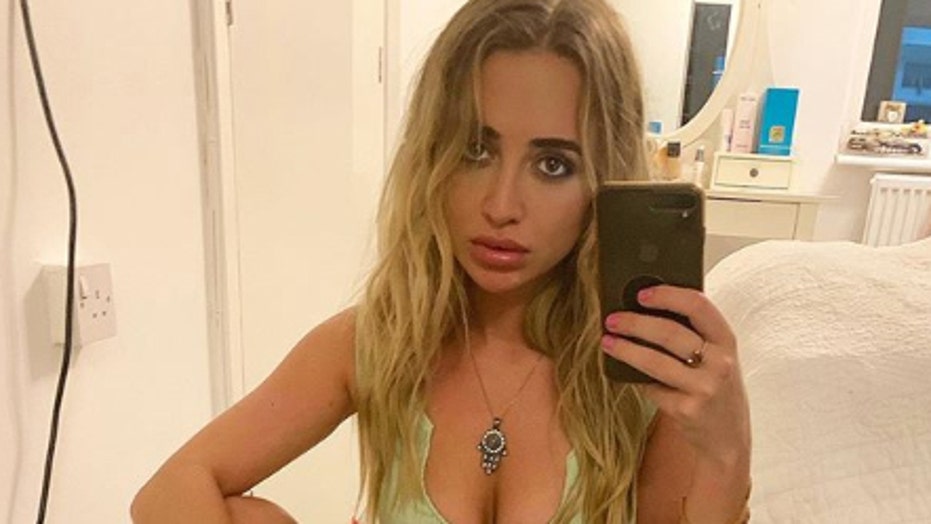 "The Challenge" star Georgia Harrison was accused of wearing blackface makeup when an old photo resurfaced of the reality TV star.

A spokesperson for the 24-year-old has denied the allegations.

“The claim that Georgia is racist is disgusting and really worrying,” Harrison's rep told People magazine.

The rep went on to describe how Harrison was at a child's birthday party "years ago" (in 2014) and had her face painted.

“The little boy whose birthday it was asked Georgia to have her face painted and he chose to paint it black and silver,” the statement continued. “At no point did Georgia at the time think it would be offensive. Of course now she understands the situation differently and would be horrified to know she’d upset people. However, the bullying campaign that has been launched against Georgia by a couple of angry castmates from The Challenge isn’t fair.”

Harrison is reportedly working and cannot access her phone to address the allegations herself but the rep insisted they are “in the process of taking legal action for defamation against parties that have labelled [Harrison] racist.”

SARAH SILVERMAN REVEALS SHE WAS ONCE FIRED OVER AN OLD PHOTO OF HERSELF IN BLACKFACE: 'I DIDN'T FIGHT IT'

Many people on social media have been calling for MTV to fire Harrison over the photo.

“Wow Georgia. This is disgusting and way out of line,” one person tweeted. “Also it’s no one’s place to say if this is acceptable or not. It’s extremely offensive, and someone needs to take accountability #TheChallenge34.”

""See that blackface @MTV!? It’s all on you for keep inviting Georgia, Bear, Joss and rookie Nicole too @ChallengeMTV!! Still not learning nothing when you check their past background first. RACISM!!" wrote /another.

"i’m younger than Georgia and know blackface is bad. i’ve known it was bad for years. age isn’t an excuse," commented someone else.

"I wasn’t going to say anything as it’s BS to me. But think, loveisland is 10x bigger over here then (sic) the challenge is in the U.S. if anyone thought she was being racist it would have been picked up on it already. @georgiaharisonx is away filming atm so can’t tell us who she was," Campbell said in since-deleted tweets.

"She’s one the biggest pro LBGT people, she’s all about equality and is one of the least racist people you’ll ever come across. So leave it out. Look at the low life other challengers trying to shade her name as they didn’t get along with her.."