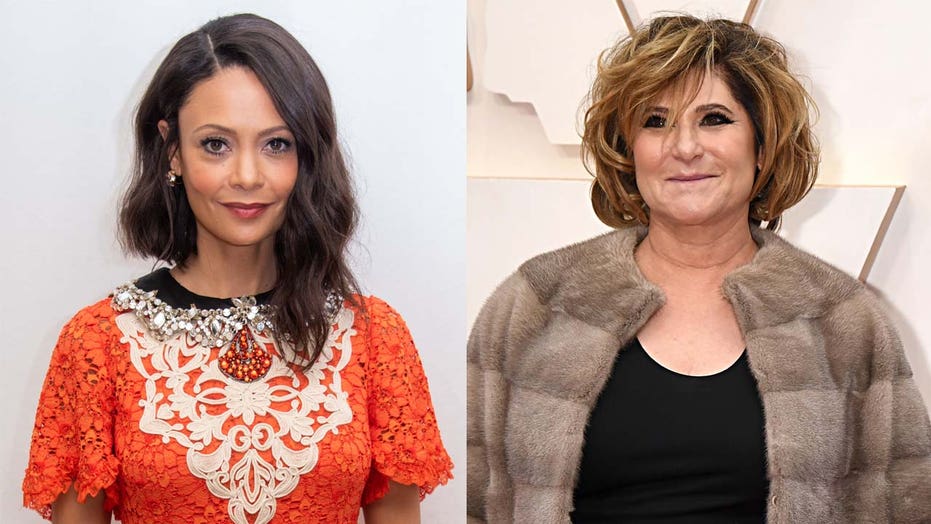 Thandie Newton had revealed what made her pass on starring in "Charlie's Angels."

The "Westworld" star, 47, opened up to Vulture recently, where she discussed encounters she had with the film's director Joseph McGinty Nichol -- also known as McG -- and Amy Pascal, the then-head of Sony Pictures, who distributed the film.

In the interview, Newton said that 2000's "Charlie's Angels" is "one of the biggest movies [she] didn't end up doing."

"... The director said to me, 'I can’t wait for this. The first shot is going to be ... You’re going to think it’s like yellow lines down a road, and you pull back and you realize it’s the stitching, because the denim is so tight on your a-- it’s going to look like tarmac,'" she recalled. "I was like, 'Oh, I don’t think we’re going to go down this road together.'"

Thandie Newton passed on starring in 'Charlie's Angels' due to troubling encounters with the director and studio head. (Photo by Vera Anderson/WireImage)

Then, Newton met with Pascal, 62, to further discuss the role.

"Then the head of the studio — I had a meeting with her, and she said, 'Look, I don’t mean to be politically incorrect, but the character as written and you playing the role, I just feel like we’ve got to make sure that it’s believable,'" the actress remembers being told.

Newton continued: "I was like, 'What do you mean? What changes would you have to make?' She’s like, 'Well, you know, the character, as written, she’s been to university and is educated.' I’m like, 'I’ve been to university. I went to Cambridge.' She went, 'Yeah, but you’re different.'"

The Emmy winner said that Pascal suggested a scene in a bar featuring Newton would climbing on top of a table and "shaking her booty."

"She’s basically reeling off these stereotypes of how to be more convincing as a Black character," said the star. "Everything she said, I was like, 'Nah, I wouldn’t do that.' She’s like, 'Yeah, but you’re different. You’re different.' That was Amy Pascal. That's not really a surprise, it is? Let’s face it: I didn’t do the movie as a result."

Pascal was at the center of a similar controversy in 2015 when emails leaked in which she and producer Scott Rudin discussed whether Barak Obama would prefer movies with Black casts.

As a result, Pascal stepped down from her position but has remained a staple producer within the company, most notably on "Little Women" and the newest "Spider-Man" films.

The publication received a statement from Pascal on the matter.

"While I take her words seriously, I have no recollection of the events she describes, nor do any of her representatives who were present at that casting session,” the producer said. “I’ve long considered Thandie a friend; I’m thankful that I’ve had the chance to make movies with her; and I hope to work with her again in the future."

Reps for Sony, Nichol and Pascal did not immediately respond to Fox News' requests for comment.