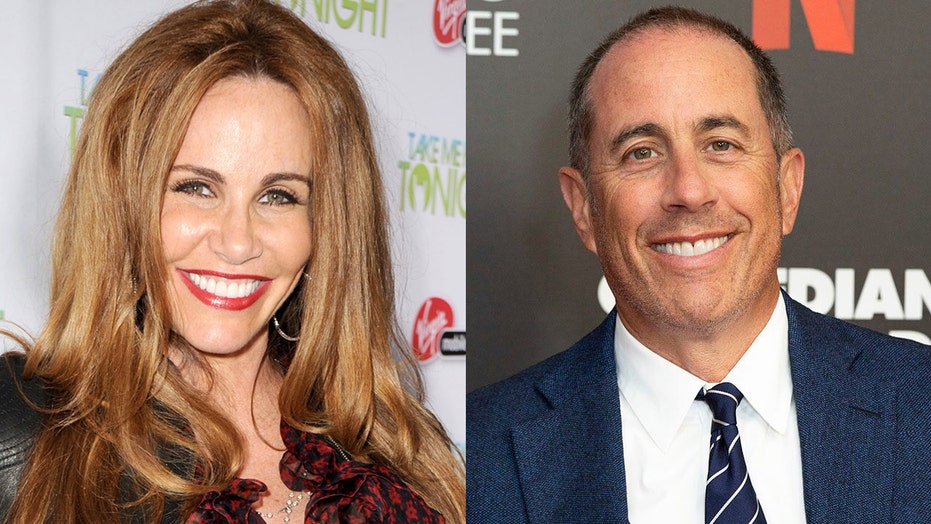 Tawny Kitaen once carried a super-secret romance with Jerry Seinfeld that the comedian supposedly raved was "like being in the presence of greatness."

However,  Kitaen’s relationship with the "Seinfeld" star was one that started as a workplace romance, according to the Daily Mail which reported Kitaen had spoken out about her time with the funnyman some years ago.

Kitaen appeared on a 1991 "Seinfeld" episode titled "The Nose Job" and in the episode, Kitaen plays Seinfeld's new girlfriend – a model named Isabel whom Seinfeld, 67, couldn’t get enough of.

Tawny Kitaen died on May 7. Her cause of death is currently unknown.  (Jeff Kravitz/FilmMagic)

Famed biographer, Jerry Oppenheimer wrote that Kitaen said at the time she and Seinfeld would play coy about their romance while on the set of their respective shows and that their working quarters were quite close to one another’s on the Studio City lot.

"Our sets, Jerry's office, our little dressing room trailers, were all within 60 feet of each other," she reportedly said at the time. "How fortunate is that – to have your office right next door to your boyfriend's?"

Added the actress: "At first, we'd be very low-key about it. Knowing people were always watching, we'd be on the lot and say, ‘Hello, how are you doing today?’ That sort of thing.’"

Kitaen said she and Seinfeld ultimately said to each other, "What the hell are we doing?" adding that the pair would begin to "hug and hold hands." After a while, she further revealed that even though Seinfeld never asked her to move in with him, the two often arrived at the front gate of the Studio City lot at the same time.

"He'd go back to his place, and we'd end up at ten o'clock in the morning driving into the studio guard-gate at the same time," she said.

While the former couple "definitely had an enormous fondness for each other," according to Kitaen, Seinfeld was apparently so excited about being with her that he spoke about their relationship any chance he got.

TAWNY KITAEN WAS ‘A TREMENDOUS COMEDIAN’ WHO COULD ‘HAVE CONQUERED THE WORLD,’ SAYS PAL MICHAEL DES BARRES

"Jerry wasn't afraid of telling anybody," Kitaen reportedly said. "There was an article in the Enquirer about him for the first time - about us. He was so giddy about that," Kitaen pressed. "He called his mother and said, ‘Look at me and Tawny, we're in the Enquirer.’ He felt he had made it."

The pair’s connection would reportedly grow stronger and with it, love notes and bouquets of flowers along with trivial acts of silliness they would exchange throughout their days on the film lot.

Despite the sparks flying, Kitaen said Seinfeld remained as frugal as he always had been and even though he was fast becoming a multi-millionaire with his show reigning as one of the biggest on TV, Seinfeld wasn’t one to give out lavish gifts.

Seinfeld reportedly gave Kitaen a "teddy bear and a Coach leather purse" despite driving to the lot each every day in a different Porsche from his mansion.

"Jerry had nothing else to really spend his money on. He was just amazed that he could buy so many tennis shoes and Porsches," Kitaen recalled. "He was like, ‘Wow I can do this. Cool!’"

She maintained that Seinfeld "wasn't the kind of guy who wore a gold Rolex with his left arm out the window of his Porsche going, "Hey, Baby," and added, "If he was, I wouldn't have spent a second with him."

Kitaen and Seinfeld’s romance stemmed about a year and ended when she discovered she was pregnant with the child of her ex-boyfriend Chuck Finley – whom Kitaen had secretly begun dating again unbeknownst to Seinfeld.

The model said she "didn't want to hurt [Seinfeld] when she had to break to the news to him as Kitaen "didn't want to stop" the "friendship" she had with the stand-up comic.

Seinfeld reportedly took the news in stride, gave Kitaen a hug and told her "he was happy that [she] was happy."

Reps for Seinfeld did not immediately respond to Fox News' request for comment.