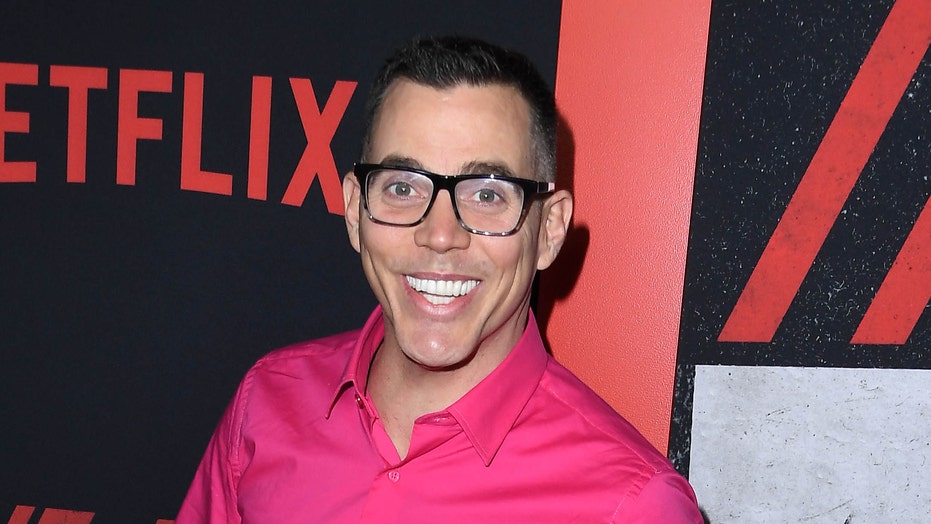 Steve-O is getting creative to promote his new comedy special.

The 46-year old actor-comedian revealed on Instagram on Thursday that he has been taped to a billboard in Los Angeles advertising the special "Gnarly," which is currently available to stream on his website.

In the announcement, Stevo-O – born Stephen Gilchrist Glover – shared two photos of himself: One is a close-up selfie, showing the duct tape holding him to the board, and the other is a picture from farther away on the ground.

"I’m attached to a billboard right now ... and want to emphasize that a team of real professionals rigged everything safely," read his caption. "There is zero chance of me falling, and it’s important to me that we not waste any valuable city resources on this."

The "Game Over" star said that he's "happy to just hang out" in order to promote the special, which he said he "worked so hard on."

Glover concluded: "It’s called Gnarly and, If you’re over 18, check it out at steveo.com! Thanks!"

He also shared a video on his Instagram Story from the billboard to chronicle his experience.

JUDY GOLD ON COMEDY OFFENDING TODAY'S PUBLIC: 'EVERYTHING IS NOT ABOUT YOU'

"Hey everybody, so I've been up on this billboard, duct-taped, for an hour and a half now – a little more," the comedian explained. "Starting to get kinda sore. There are some cops over there, but they say they're not sure that I'm committing any crimes. I don't think so, I paid for the billboard, man."

Glover then assured his fans that he is "professionally rigged" to the advertisement, so he's "safe."

Steve-O is seen attached to a billboard in promotion of his new special 'Gnarly.' (Photo by Rich Fury/Getty Images)

"We'll see how long I stay up here," he continued. "If they let me, I'm thinking it could be a while."

Local news reported that the Los Angeles Fire Department removed him from the billboard and he was examined by fire personnel.

The star was previously charged with creating a false emergency, vandalism and several fireworks violations after staging a protest on top of a crane, which resulted in a 30-day jail sentence, as well as probation and a $14,000 fine.