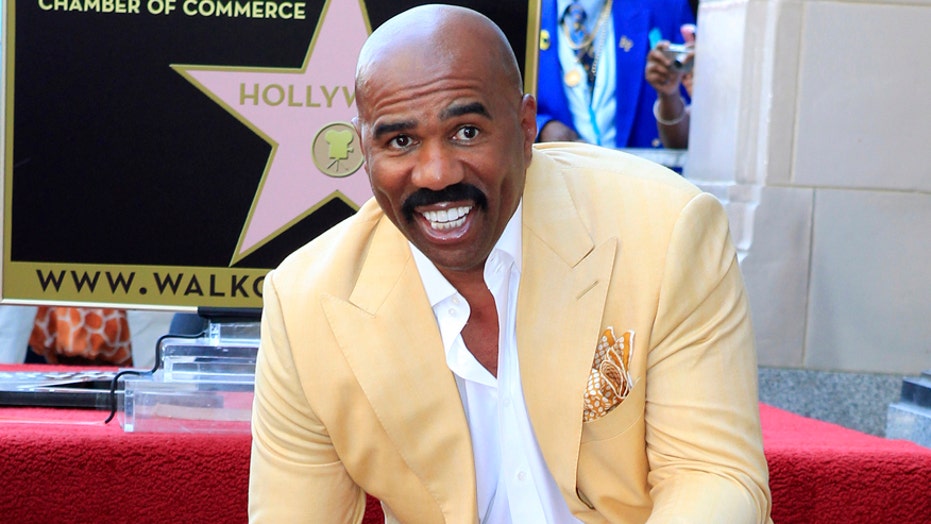 The 64-year-old is best known as the mustachioed host of "Family Feud," "Celebrity Family Feud," and the Miss Universe competition but recently his fashion choices have been making waves on the Internet.

The Emmy-winner works with personal stylist Elly Karamo, who also styles Tyler Perry among other clients.

STEVE HARVEY COMMENTS ON STEPDAUGHTER’S ROMANCE WITH MICHAEL B. JORDAN

Harvey's bold choice, of course, got the meme treatment on social media. "Steve Harvey and his stylist are going crazy," joked one fan on Twitter.

"Why does Steve Harvey always look awesome wherever he goes?" complemented a user.

"These Steve Harvey memes are unreal, twitter will always be undefeated," pointed out another.

"Steve Harvey be STEPPING OUT I can't even lie, his fits are outrageously drip," commented someone else. The memes included references to "Dragon Ball," "Sonic the Hedgehog," "Squid Game," and "Captain America."

Harvey has been in the entertainment business for decades and just recently confirmed he'll continue to host "The Steve Harvey Morning Show" through the end of 2026.

STEVE HARVEY DEFENDS ELLEN DEGENERES AMID SHOW SCANDAL: SHE'S 'ONE OF THE COOLEST AND KINDEST PEOPLE'

"I’m happy to continue my fruitful partnership with Premiere Networks and host ‘The Steve Harvey Morning Show’ well into the future," Harvey said in a statement per Variety. "Entering into this agreement further underscores my commitment to serving the community and the people… I’m excited to continue giving people much-needed smiles and hard laughs in these uncertain times."

Under the new deal, Harvey will also be developing new programs and work on charitable endeavors.