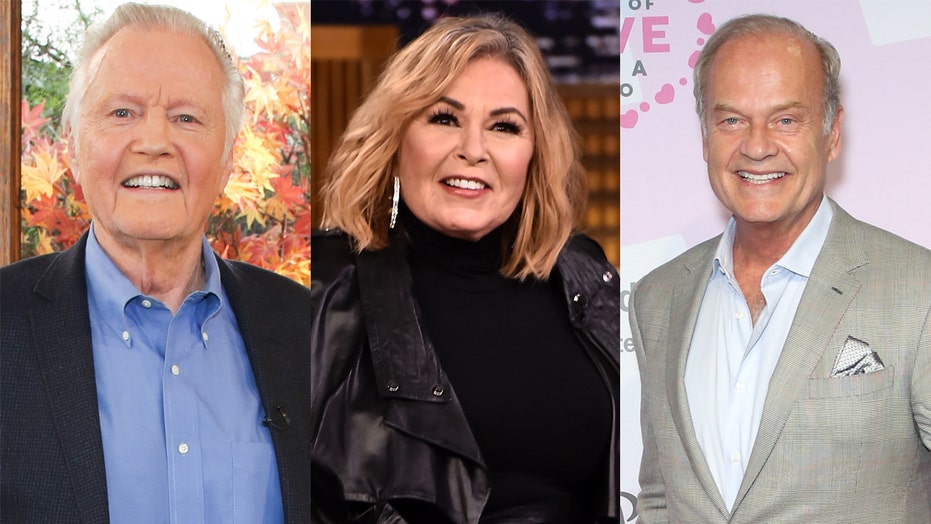 Celebrity endorsements are in no short supply these days, especially for presidential candidates.

Hollywood is known for leaning left, but there are more than a handful of stars who have spoken out ahead of the 2020 presidential election and thrown their support behind President Donald Trump and Vice President Mike Pence.

Here's a look at some of the celebrities that have endorsed Trump for a second term:

Punk rock legend Johhny Rotten is among those to have thrown their support behind Trump.

While Rotten -- John Lydon -- endorsed both Barack Obama and Hillary Clinton during their runs, he said he'd "be daft as a brush not to" endorse the sitting president.

“He’s the only sensible choice now that [Democratic presidential nominee Joe] Biden is up — he’s incapable of being the man at the helm," he added.

One way singers show their support for political candidates is by performing at events promoting them, as Trace Adkins has done.

The country heavyweight, who appeared on the Trump-hosted "Celebrity Apprentice," performed the national anthem at the Republican National Convention in August.

The Hill reports that Trump, Pence and their wives were on stage with the singer, who has long supported the Republican Party.

The "Cheers" alum has offered Trump praise on multiple occasions while also denouncing his opponents.

Earlier this year, Alley gave the president props on his coronavirus response, but more recently, she openly said she'd be voting for him.

Stephen Baldwin is the odd man out in his family seeing as to how his brother Alec Baldwin is a frequent critic of Trump's, as is his own daughter Hailey Baldwin.

Earlier this month, on the same day that Hailey endorsed Biden, Baldwin took to Twitter to endorse Trump for reelection.

"Don’t talk much about family pray 4 everyone every day!" he said on Twitter. "In my beauty of 'land of #free home of #brave' is ... reverence 4 our freedom, importance of clarity of vote? (vision goal truth intent) Many are called, few are chosen! Gospel is truth battle already won #Trump2020."

Roseanne Barr has been a very vocal Trump supporter since before his election and frequently voiced support for the former reality star on Twitter, but has since deleted many of the tweets, per The Washington Post.

However, the star still occasionally shows her affection for Trump, such as when she shared a photo of herself wearing a red hat reading "Trump 2020." "2020 vision," she wrote in the 2018 tweet.

Kelsey Grammer said that he voted for Trump in 2016 and reaffirmed his support earlier this year. (Photo by Gabe Ginsberg/Getty Images)

Alley's fellow "Cheers" alum Kelsey Grammer has been one of Hollywood's more vocal conservative voices in recent years, and earlier this year, during an interview with BBC, he said he voted for Trump in 2016 and offered support for the sitting president.

“In terms of policy, I don’t have a lot of problems with what he’s doing,” Grammer said of Trump, per the Washington Times. “He’s a bit of a brat, I guess you could say, and that is astounding for people, especially who come from the more liberal side of politics — they’re used to being the brats and so they’ve just never had anybody come back at them the same way."

Former "Duck Dynasty" patriarch Phil Robertson has long been a vocal supporter of the president's, as he displayed during a recent episode of the podcast "In the Woods with Phil."

"I'm a Trump supporter," said the former reality star, according to The Blaze. "My definition for him in two words ... caustically brilliant. [...] He's rough around the edges but straight to the point. I give him an A+ in keenness and quickness and understanding, I don't care what the situation is."

Voight, another Hollywood heavyweight, has offered support for Trump many times throughout the last several years, including in July, when he urged Twitter followers to "vote to help keep President Trump in office."

The "Midnight Cowboy" star reaffirmed his support for the politician in another Twitter video just days ago.

"Biden is evil. Trump must win," he said in the clip. "He's real. He will bring back the people's trusts."

While many musicians have denounced Trump in various ways, rocker Ted Nugent has done the exact opposite.

"Donald Trump was sent here by God. Just like our founding fathers were touched by divine intervention," he told LondonRealTV back in June. "... So we said, 'F--k you. I like this Donald Trump s--t-kicker. Let’s put him in charge. Let him manage it like a business.' That’s what life is – it’s a business."

Stacey Dash is another longtime supporter of Trump's.

The star's Twitter is filled with examples of her traditionally conservative values and often shows support for the incumbent.

In fact, her pride in the president is so deep that her Twitter bio currently contains the hashtags, "#WWG1WGA,"
"#MAGA" and "#WomenForTrump."

While the latter two are self-explanatory, #WWG1WGA is believed to be associated with QAnon, a conspiracy group that has thrown support behind Trump as well.

Tekashi 6ix9ine said he 'would vote for Trump.' (Shareif Ziyadat/WireImage)

Rapper Tekashi 6ix9ine has thrown his support between Donald Trump.

After being released from prison, the 24-year-old musician said that he's "compared to Trump every day," but noted one of the biggest differences between himself and the president: "I love Mexican people."

He added: "I would vote for Trump."