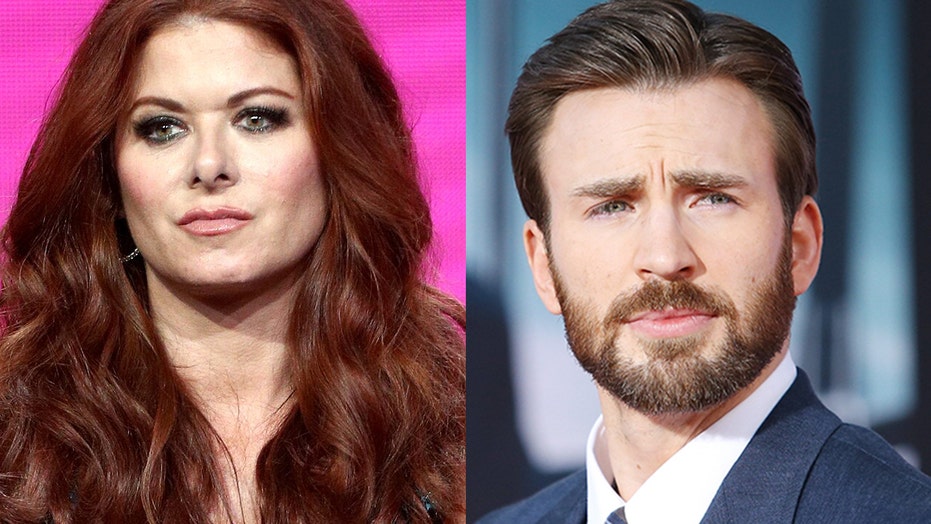 Over the last month, it seems that coronavirus is on everyone's minds -- including the stars.

Hollywood is a political place, and many of its starry inhabitants aren't known for mincing their words.

Amid the growing coronavirus pandemic, many celebrities have criticized President Trump for his response to the situation.

Here's a look at the stars taking swipes at the president.

Debra Messing recently shared a tweet explaining that "innumerable people (including MAGA) will die" amid the pandemic.

"I wonder if MAGA will recognize that 45 must be voted out?" she said alongside a video claiming that Trump has issued more than 3,000 lies since the outbreak began.

Marvel star Chris Evans took aim at the president after a press briefing on the continuing coronavirus crisis.

"The president just ran off stage after his rambling press conference without answering a single question," the 38-year-old actor tweeted. "America wants answers. America wants leadership. America doesn’t want a president who runs off stage during a crisis and lets Mike Pence do all the talking."

Meanwhile, Bette Midler, a vocal Trump critic, claimed that he could have lied about his negative coronavirus test results.

“You know, #Donald says he has tested negative for #Coronavirus.  But why should we believe him?" the 74-year-old singer-actress tweeted. "He has lied over 16,000 times in the last three years!  Why would he not be lying now?”

Trevor Noah, the host of "The Daily Show," said he finds that Trump "bumbles" his way through his handling of the coronavirus.

"I'm not sure Trump has a natural ability for science," said the 36-year-old comedian, referencing the president's claim that he has a "natural" understanding of the virus. “...[He] doesn’t have a 'natural' anything, that’s why we can all see his tan wiping off his collar. There is nothing natural about this man.”

After Trump referred to coronavirus as "the Chinese Virus," Don Cheadle took to Twitter to voice his frustration.

"Chinese virus, huh?" he wrote. "Wow. still. aren't you feeling like you're in over your head yet? no?"

Larry David has joined in the chorus of Trump critics, claiming that the president's response is turning him into a "maniac."

“That’s the hardest thing about the day, watching what comes out of [Trump]’s mouth,” David said of the president's response to the outbreak. “It turns you into a maniac because you’re yelling at the television. All of a sudden, you find yourself screaming like I used to do on the streets of New York, pre-‘Seinfeld,’ when I saw happy couples on the street.”

The comedian, 72, also compared Trump to “a bad Catskills comic.”

Of course, a number of stars also reacted to Trump's address on the matter last month, as well.