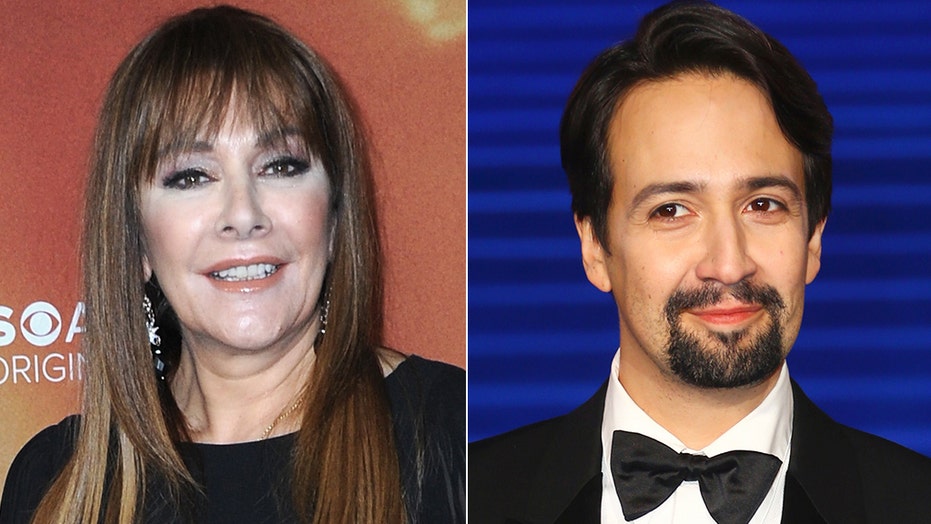 Sirtis, 65, got caught up in Twitter drama on Thursday when she accused Miranda, creator of the award-winning "Hamilton" musical, of sharing "pointless" advice to followers amid protests related to George Floyd's death.

"Gmorning. Keep going. Listen to the aches. Learn from your mistakes. Get right with your guts. Keep going," Miranda wrote in a now-deleted tweet.

Sirtis then allegedly criticized the performer for his words of encouragement, writing to him in a now-deleted tweet of her own: "Could you, for once in your life, say something that actually matters at this time of crisis? Your platitudes are pointless."

Fans were quick to denounce Sirtis and defended the composer.

"I know you're hurting and scared looking at what is happening. But LMM is very earnest in this. It's not empty platitudes. He's come out and stared the position of Hamilton production on BLM. He's protested and fought for Puerto Rico and for diversity. Attacking him helps what?" asked one user.

Sirtis declared she is "not scared" and told the follower she is "angry and outraged!"

Another informed Sirtis that Miranda has been "saying a lot of important stuff" in between his good morning and good night messages. The user called Miranda's tweets "comforting."

"Then they are easily pleased," Sirtis said.

Another Twitter user told Sirtis that Miranda has a "pinned tweet" that appears at the top of his Twitter account about bail fund donations. The user also argued to Sirtis that Manuel has been sharing "helpful resources" to a "huge and eager audience."

"I didn't know that," the actress admitted.

Sirtis later apologized for her comments against Miranda, who doesn't appear to have ever responded to her criticism. She admitted she may have over-dramatized the situation.

"Rereading some of my tweets today. Maybe I got out of the wrong side of the bed this morning. Apologies to anyone I've offended," she said.

"As the writer of the show, I take responsibility and apologize for my part in this moral failure. I'm sorry for not pushing harder and faster for us to speak these self-evident truths under the Hamilton banner which has come to mean so much to so many of you," Manuel said.

He continued: "Literally, the idea of the show doesn't exist without the brilliant black and brown artists in our cast, crew and production team who breathe life into this story every time it's performed. And while we live in a country where black people are under attack from emboldened white supremacy, police brutality and centuries of systemic anti-black racism it's up to us in words and deeds to stand up for our fellow citizens. It's up to us to do the work to be better allies and have each other's backs."