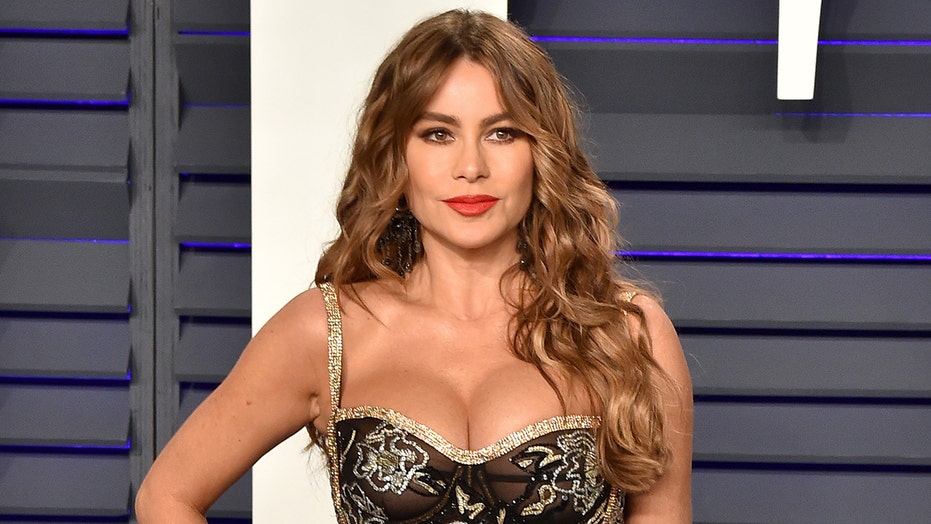 It's a modern reunion.

A handful of "Modern Family" co-stars came together for a mini-reunion recently at what appeared to be a dinner party hosted by Jesse Tyler Ferguson.

Sofia Vergara shared a few photos from the event on Friday.

"Thank u @jessetyler @justinmikita for our first Modern Fam reunion!!" she captioned her Instagram post. "Missing half of the gang!!! But so much fun!!!"

Vergara, 48, and Ferguson, 45, were joined in the pic by former co-stars Sarah Hyland and Julie Bowen, as well as Vergara's husband, Joe Manganiello -- who had died his hair platinum blonde and shaved it into a mohawk. They each wore face masks.

Sofia Vergara, now a judge on 'America's Got Talent,' reunited with a few of her 'Modern Family' co-stars recently. (Photo by Axelle/Bauer-Griffin/FilmMagic)

Vergara's post also contained a few images of the food they dined on during the evening.

Each of the actors shared similar photos on Instagram.

"Celebrating my 45th with some of my favorite people," wrote Ferguson. "@itsjuliebowen knit [son] Beckett a hat that I’m going to wear until he can fit into it and @sofiavergara gave me a beautiful gold candle that has a very unique shape."

The rest of the post contained photos of the aforementioned gifts: a knit hat reading "facts matter" and a penis-shaped candle holder. The star's birthday was on Oct. 22.

"Modern Family" ran on ABC for 11 seasons, airing its final episode in April of this year.

As Vergara mentioned, a large portion of the Emmy-winning show's ensemble cast was missing from the photos.

Vergara is currently serving as a judge on "America's Got Talent" while Bowen, 50, stars in the recent Netflix release "Hubie Halloween." Hyland recently hosted the CMT Music Awards and Ferguson appeared in the short film "Island Queen."