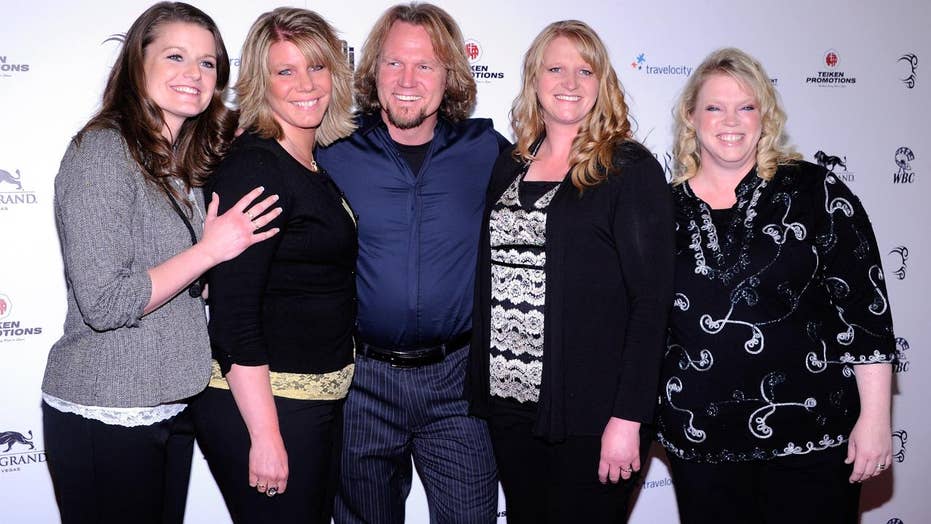 'Sister Wives' star Kody Brown, along with his four spouses, explain the motivation to chronicle their 'plural marriage' for hit TLC series.

Meri Brown is not going to give up on her plural marriage.

On Sunday’s episode of "Sister Wives," it was revealed that Kody Brown was keeping busy by spending time at the home of his three other spouses – Christine, Janelle and Robyn – amid the coronavirus pandemic. However, he only saw his first wife "once in a blue moon."

On Wednesday, Brown admitted to People magazine that their relationship has changed over the past decade since the TLC reality TV series premiered.

"I think that all relationships, you know, have issues that they have to work through," the 50-year-old explained. "And I think that’s just kind of where we’re at right now. For me personally, I’m not one that’s going to give up."

"I’m just going to keep at it, you know?" she continued. "Ebb and flows in the relationship… I think that’s just kind of normal."

Brown also told the outlet that she and Kody, 52, were "in a place where we’re just figuring out where we are and, you know, what is happening."

Kody and his wives share a combined 18 children. The family has been living apart in four separate homes in Flagstaff, Arizona during the pandemic.

In the series, Kody acknowledged he only saw Brown "once in a blue moon."

"There’s just been nothing going on between me and Meri," he told cameras, as quoted by the outlet. "She interacts with the family for the holidays and birthdays. We get together once in a while. I see Meri once in a blue moon, but we quit dating and that’s just probably because I quit calling her to say, ‘Let’s go do something.'"

The outlet shared that Kody and Brown tied the knot in 1990. Three years later, the couple welcomed sister wife Janelle into their plural marriage, followed by Christine in 1994. Robyn joined the family as a fourth wife in 2010.

Kody was only legally married to Brown. However, Brown agreed to divorce Kody so he could tie the knot with Robyn in 2014. That legal change would allow Robyn’s three children from a previous marriage to access the same benefits as the rest of Kody’s kids.

Kody said he considers himself to be "spiritually" married to his four wives.

The outlet reported that in 2015, Brown said she was "catfished" after having an online relationship with someone she thought was a man. It turned out to be a woman. Brown and Kody then entered therapy in hopes of repairing their marriage. But in 2018, Kody admitted that he didn’t desire to be intimate with Brown.

"Sister Wives" aims to show how Kody and his family navigate life in a world that seems to shun their lifestyle. The reality TV series has been airing since 2010.

The reality TV series has been airing on TLC since 2010. (Photo by Frederick M. Brown/Getty Images)

Being married to more than one person, or bigamy is illegal across the United States. The law in Mormon-heavy Utah is considered stricter because of a unique provision that bars married people from living with a second "spiritual spouse."

The Church of Jesus Christ of Latter-day Saints abandoned polygamy in 1890 and strictly prohibits it today. The Browns consider themselves fundamentalist Mormons.

Back in 2019, Kody told Fox News that the family has agreed on not considering a fifth wife anytime soon.

"We really took the fifth wife thing off the table a long time ago," said Brown. "And because we don’t want to snub the concept, we’ve always sort of been very casually dismissing it, and I think that’s one reason the question keeps coming up. But it’s technically been off the table as long as we’ve done the show."