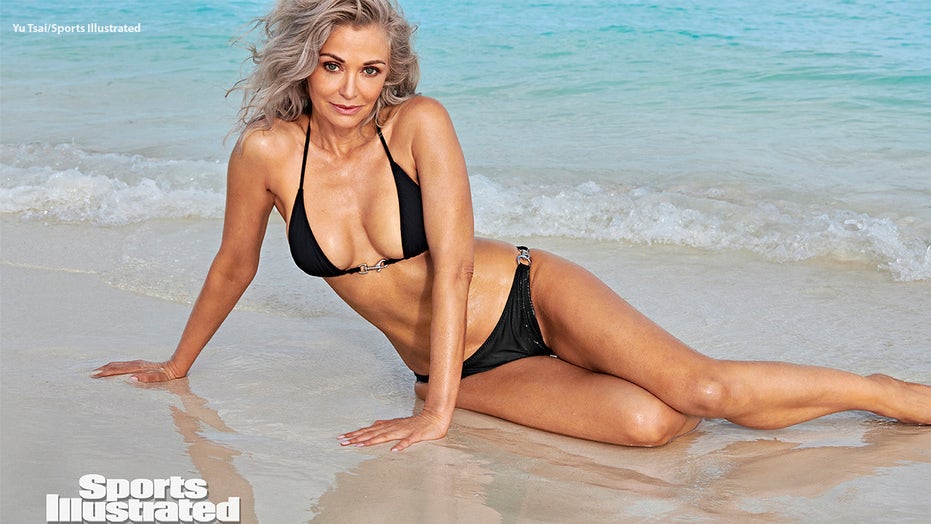 It’s the new age of sexy.

And 57-year-old Sports Illustrated bikini model Kathy Jacobs is the silver-haired mother of the movement.

"Old is the new hot," a smiling Jacobs told The Post.

The 5-foot-2 married mom of one is featured in SI’s 2021 Swimsuit edition, and is the oldest woman to ever be spotlighted in the issue’s 57-year history. (Sports Illustrated’s first Swim volume hit shelves in 1964 — the same year Jacobs was born).

SI SWIMSUIT MODEL KATHY JACOBS, 57, ON BEING THE ‘OLDEST ROOKIE’: ‘LIFE DOESN’T HAVE TO STOP WHEN YOU AGE'

"I’m closer to 60 than I am to 50 at this point," said the small town Texas girl-turned-Calabasas, California resident. "So to be in Sports Illustrated Swimsuit magazine representing ladies my age is just the best feeling in the world."

Jacobs was one of the 13 rookie models discovered through Sports Illustrated’s annual Swim Search casting call.

The social media campaign invites women over 18 to submit themselves for SI Swim consideration by uploading a 60-second video to Instagram explaining why they should slay in the sultry spread.

"Old is gold," said Jacobs in the submission clip she posted last August. "And short is sexy," she continued before adding, "Heck, I’m so out, I’m in."

Her enduring Southern charm and timeless beauty won judges over.

And before her petite frame graced the pages of SI Swim Monday, Jacobs was tapped to rip the Sports Illustrated Swimsuit runway during Miami Swim Week on July 10.

"When I first went out [on the runway] the main thing on my mind was to show gratitude," Jacobs said, noting how thankful she was to serve as a delegate for woman in her age demographic.

"I was talking to the ladies [in the audience] saying, ‘I represent you’ as I walked," she said.

And the fact that almost every other model sharing the stage was around the same age as her 24-year-old daughter, Abigail, didn’t bother her a bit.

"I was like ‘screw it,’" Jacobs said. "I’m going to be my biggest, baddest and boldest self."

"I’m taking full advantage of this moment," she continued. "Because It’s taken me so long to get here."

Her journey to bikini model nirvana has been no day at the beach.

"I’ve been trying to break into the modeling industry for about 37 years now," said Jacobs. "I moved to New York when I was 19 and worked with Ford models." 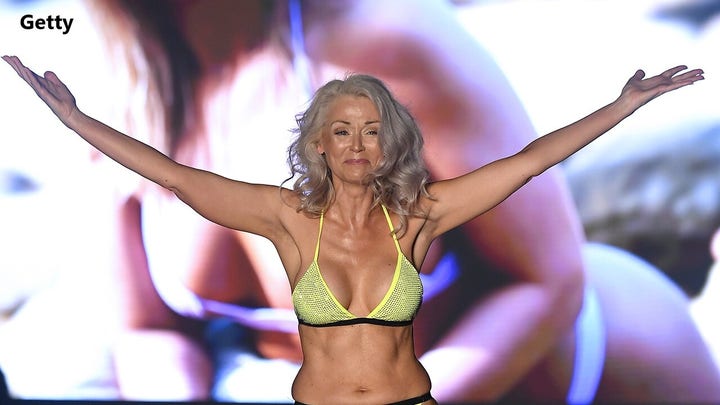 During the ‘80s she managed to score a few print gigs, including the 1989 cover of Woman’s World Magazine. But Jacobs’ career as a high-fashion fixture never materialized.

"I tried and tried and tried," she said. "But I didn’t not get included. I was not invited to the party. And I had to take a lot of minimum wage jobs."

After she moved to California with her husband of 26 years, Rob — a Grammy award-winning music engineer — Jacobs did everything from working at a souvenir kiosk on Hollywood Boulevard to sweeping the floors at a local hair salon.

But she never abandoned her modeling ambitions.

"I grew up with a brother who couldn’t walk," Jacobs said. "And knowing that his greatest dream was just to be able to walk is what  inspired me to keep walking [toward my dream]."

Jacobs wouldn’t let her own recent health scare stop her stride either.

"I found out that I have some pre-disposition diabetes and high cholesterol," she said. "So I had to make a lifestyle change."

Over the last few years she’s cut out sugar, bread, starch and meat — except for fish.

The bathing suit model now maintains a strict diet of seafood, vegetables and fruit. And she burns up the calories through cross-fit workouts — which include several intense rounds of cardio and body weight training circuits — four to five times a week.

But her eating plan and exercise regimen are more about being the most optimal version of herself, and less about trying to maintain a youthful look.

And while she’s honored to showcase her best self in Sports Illustrated, Jacobs says more fashion and beauty giants need to highlight non-traditional models too.

"Don’t just give us lip-service [claiming] that you’re inclusive," she said defiantly. "Be inclusive."

Jacobs is now creating her own skin-care line curated for women over 50.

"Put ladies over 50, 60 and 70 in your ads and on the runway," she said "We should be honored by major brands because we’re the demographic with the most disposable income."

"Show these ladies some love."