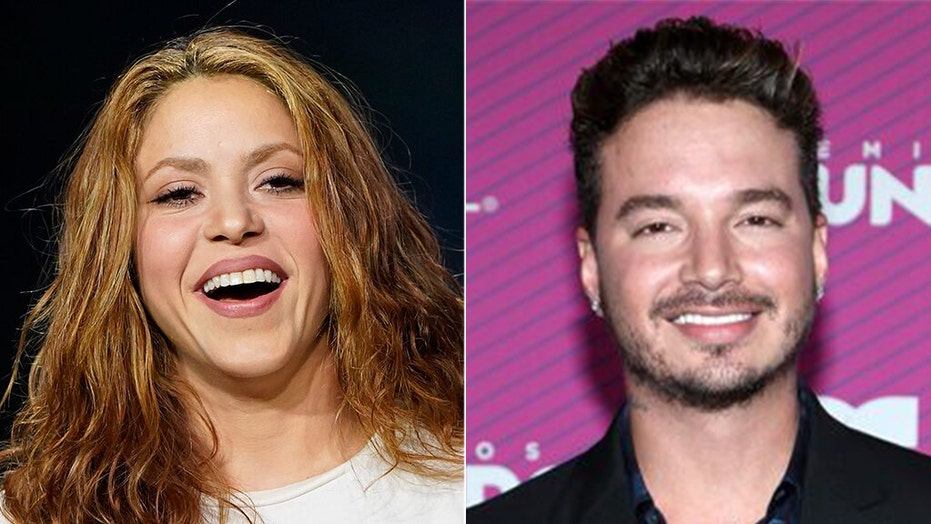 Reggaeton musician J Balvin is the latest star to find himself being "canceled" after fans believe that he seemingly suggested Shakira is difficult to work with.

On Wednesday, a recent virtual chat with the Black Eyed Peas was shared online in which the 35-year-old Balvin -- whose full name is José Álvaro Osorio Balvin -- spoke about his experience working with the band on their latest album, which also included a collaboration with Shakira.

The Colombian songstress became a subject of the conversation, where, per Newsweek, Balvin concurred when Black Eyed Peas member Will.i.am said he "had to be the most flexible with Shakira."

JUSSIE SMOLLETT'S ALLEGED ATTACKERS NOW SAY THEY WILL TESTIFY: WE WILL 'CONTINUE TO TELL THE TRUTH'

Balvin appeared during the most recent Super Bowl halftime show, which Shakira, 43, headlined along with Jennifer Lopez.

Black Eyed Peas member Will.i.am noted that he "learned from" Shakira, saying "the way she does it is like a school."

BEYONCÉ FANS SLAM BRITNEY SPEARS FOR CALLING HERSELF 'QUEEN B': 'YOU COULD NEVER!'

It didn't take long for the "Rojo" singer to trend on Twitter alongside the hashtag "#JBalvinIsOverParty."

"Shakira was the first Colombian artist honored with star on Hollywood Walk of Fame," said one Twitter user. "Respect the legend #JBalvinIsOverParty."

"Nobody talks s--t bout Shakira, the queen of latin music," wrote another. "She has done so much for latin music to be mainstream and the disrespect is disgusting."

A third slammed Balvin by saying, "Shakira is a legend, you are not little rat."

"B---h, if Shakira was as half as good as she was She still twice as good as you'll ever be!!" another fan wrote. "Without Shakira there's no Latin music, she opened the door to all of you, you wouldn't have a career if it wasn't for Shakira!!"

One user claimed that Balvin's streams on Spotify dropped by 45 percent following his comments.

Reps for Balvin and Spotify declined to comment, while reps for Shakira did not immediately respond to Fox News' requests for comment.