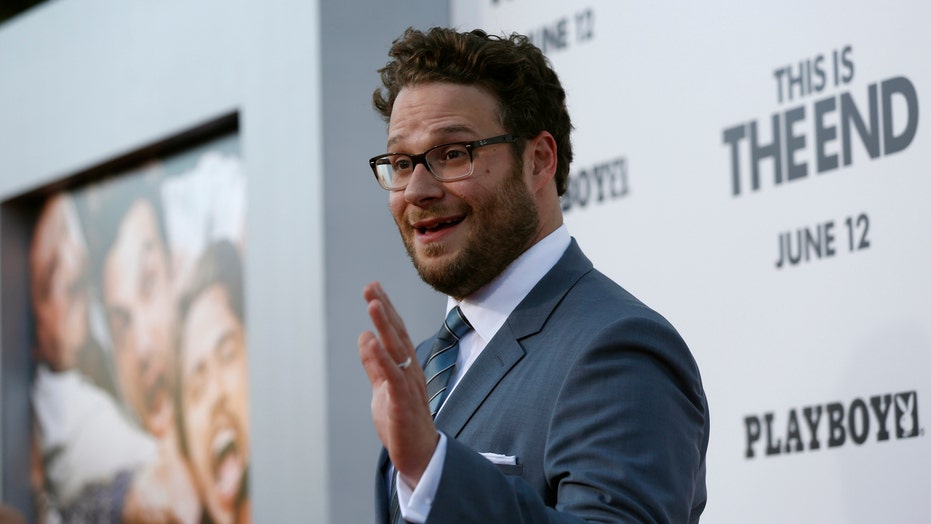 Seth Rogen said young Jewish people are “fed a bunch of lies about Israel,” drawing from personal experience during a recent interview.

“[As] a Jewish person I was fed a huge amount of lies about Israel my entire life,” Rogen told comedian and actor Marc Maron in an episode of Maron’s WTF podcast.

“They never tell you that, ‘Oh, by the way, there were people there’. They make it seem like it was just like sitting there, like the f---ing door’s open,” Rogen told the author.

Rogen, 38, and Maron, 56, also Jewish, connected to discuss Rogen’s latest comedy, “An American Pickle” for HBO Max, which centers on a Jewish immigrant from the 1920s who is transported into present-day Brooklyn, N.Y.

“I remember my dad frankly telling me, ‘People hate Jews. Just be aware of that. They just do,’” said the funnyman. “And it’s honestly something that I am so glad was instilled in me from a young age. Because if it wasn’t, I would constantly be shocked at how much mother----ers hate Jews.”

Maron prefaced the podcast with a disclaimer that “If you don’t like Jews, you’re going to get triggered” and Rogen said a “better strategy” following the Holocaust would have been to cast a wide net of Jewish people across the world.

“You don’t keep all your Jews in one basket,” the “Pineapple Express” star said. “It makes no sense whatsoever.”

“It would be nice to live somewhere which was not a part of Christian apocalyptic prophecy,” Rogen added. “Maybe settle somewhere the Christians don’t think you’ll have to die in order for the Apocalypse [to occur].”

Seth Rogen at the premiere for "The Disaster Artist" in Austin, Texas, in 2017. (AP, File)

Furthermore, the “Neighbors” performer said there was no way he would be able to live in Israel and called the Christian vision an “antiquated thought process.”

“If it is for religious reasons, I don’t agree with it, because I think religion is silly,” said Rogen. “If it is for truly the preservation of Jewish people, it makes no sense, because again, you don’t keep something you’re trying to preserve all in one place — especially when that place is proven to be pretty volatile, you know? ‘I’m trying to keep all these things safe, I’m going to put them in my blender and hope that that’s the best place… that’ll do it.’”

Furthermore, Rogen also admitted that he would be OK if he didn’t marry a Jewish woman.

“I would have been totally happy marrying a non-Jewish person, it’s only coincidental that [his wife Lauren Miller is] Jewish, and it really bothers her when I say that,” said Rogen. “She wants her Judaism to have some value to me, even though it doesn’t, in any way, shape or form.”