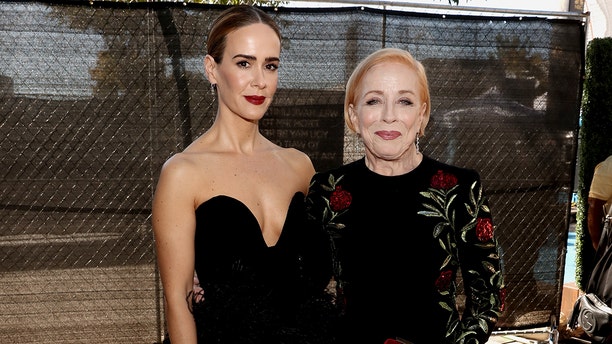 Turns out, 76-year-old Holland Taylor knows a thing or two about modern dating!

The accomplished actress has been seeing 44-year-old Sarah Paulson for several years now, and on Wednesday’s "Watch What Happens Live With Andy Cohen," Paulson revealed how they first met.

"It’s a long story. We met a very, very long time ago,” the "Glass" star said of her girlfriend. "I was with someone else.”

Years later, the pair reconnected while doing a PSA.

"We were doing a thing at Martha Plimpton’s house. It was for an organization that she was working with and we were both doing a little PSA for it,” Paulson explained. "We sort of breezed by each other and started following each other on Twitter."

"She actually did!” Paulson mused.

The couple haven’t been shy about their romance, despite their 32-year age gap. In Paulson’s 2016 Emmy acceptance speech, she ended by declaring, “Holland Taylor, I love you!”

She also told Modern Luxury last May, “If someone wants to spend any time thinking I’m strange for loving the most spectacular person on the planet, then that’s their problem. I’m doing just fine.”