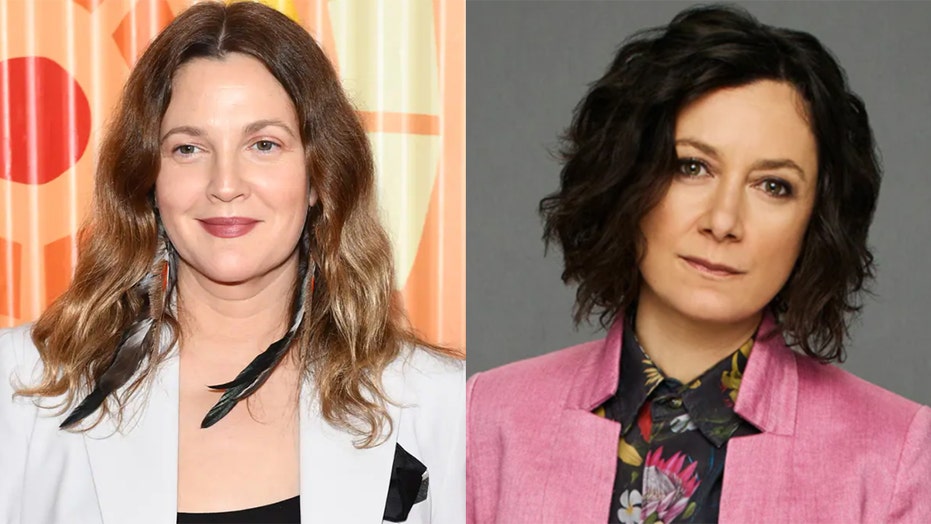 "The Conners" star Sara Gilbert revealed that her first kiss with a woman was with Drew Barrymore on the set of the 1992 movie "Poison Ivy."

The duo played opposite each other in the dramatic thriller about a teenager who befriends an introverted high school student in an effort to scam her way into her wealthy family. While the script called for the girls to kiss on-camera, they revealed during the latest episode of "The Drew Barrymore Show," that they did a little behind-the-scenes research of their own.

The revelation came during a segment of Barrymore’s talk show called "Drew or False" in which three statements are put on up screen and the guest, Gilbert, had to reveal which one of them was actually true.

"The true one is C, my first girl kiss was with Drew," Gilbert said via video chat. "And now I'm not one to kiss and tell… Look, now I'm like going to blush."

Sara Gilbert revealed that Drew Barrymore was her first kiss with a woman. (Getty Images/CBS)

Gilbert admitted that she found Barrymore, at the time, to be "the coolest person I ever met and, yeah, that’s what happened."

Despite Gilbert getting a little shy, Barrymore shared that the lip-lock took place in their trailer.

"Well we were supposed to kiss in the movie, but then we started practicing in the trailer, which was kinda fun," the host said while giggling.

"We had to practice, right? It was really just us doing research," Gilbert added.

Gilbert previously opened up about her sexuality in 2013 noting that her relationship with her "Roseanne" co-star, Johnny Galecki, helped her realize that she was not attracted to men.

According to Us Weekly, she shared at the time that she would get depressed after making out with Galecki and eventually confided in him that she was struggling with her sexuality. She noted at the time that he was "super sweet about it" and kept it a secret until she was ready to come out. She has since gone on to have relationships with women, most notably Linda Perry, who she separated from in 2019.

Barrymore and Gilbert continued to reminisce about their time working on "Poison Ivy." The host brought up a Jeep that she used to drive.

"I remember you dancing on the hood of the Jeep," Gilbert recalled. "Yeah, you were a wild child, but in the best possible way. I was impressed. I still am."