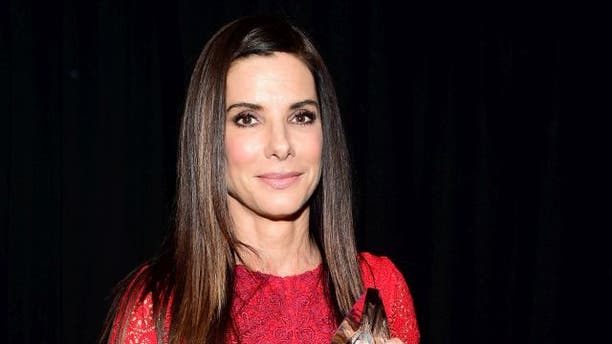 Sandra Bullock is not about that selfie life.

The "Our Brand is Crisis" actress opened up about why she can't stand the trendy up close and personal self-portraits that have taken the Internet by storm.

WATCH: Sandra Bullock: Having a Child 'Forces You to Get Your Sh*t Together'

"I hate taking selfies," the 51-year-old revealed in an interview with U.K.'s The Times. I will not take a selfie that I can't erase. I don't post or do any of that stuff."

Bullock says that the main reason behind her frustration is that the images are unrealistic.

"We're not representing our lives truthfully," she explained. "Like when you're yelling at your child, you're not taking a selfie of you being a horrible parent."

"No, you're waiting for the perfect selfie." she continued. "'Do I look thinner now?' 'Do I look great?' It's this false projection of one's life. Hollywood has now gone global. Everyone's Hollywood now."

Seeing as she's now a mother of two adopted children -- she welcomed Laila, 3, to her family in December 2015 and Louis, 5, in 2010 -- we understand why she chooses to opt out of social media.

PHOTOS: 7 Selfies With Celebs That Prove the Autograph Is Dead

"People have these worlds they post and it's about projecting an image and getting likes," she continued. "I read a great article about how there's a higher rate of depression because people are looking at everyone else's Facebook [pages] and seeing this picture-perfect life. I think it's frightening for kids and young people developing who they are to have that false sense of acceptance based on an image. How do you unravel that when it's being pushed hard?"

Last October, the Oscar winner got candid about her highly-publicized divorce from her ex-husband, Jesse James, in 2010 and how her life had changed since becoming a mother during a Q&A with Glamour magazine.

"I let [motherhood and divorce] affect me," she revealed. "I heard it all. And I had to step back and go, 'I have the greatest gift in little Louis, and I'm gonna let him see the woman I want him to know.' So a child forces you to get your sh*t together. In the best way."