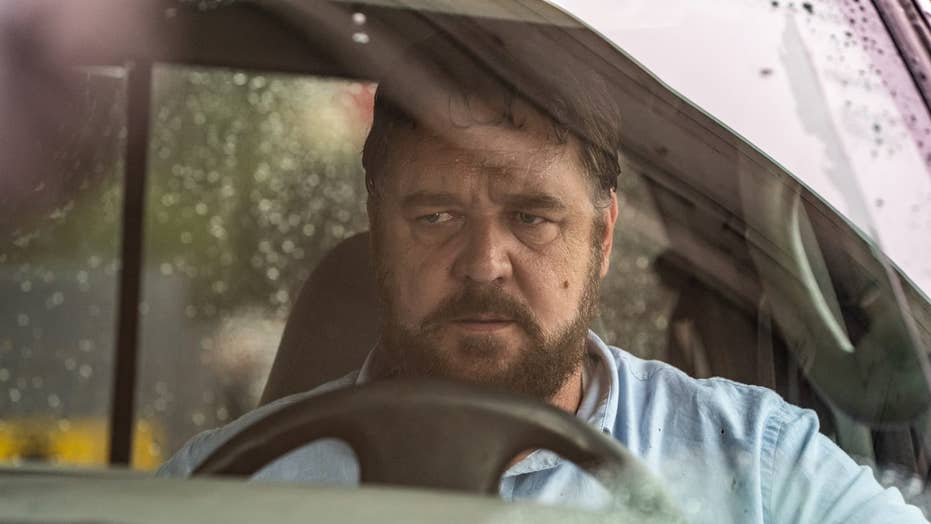 Russell Crowe said his new movie "Unhinged," set to open in the U.S. next Friday against the backdrop of COVID-19, highlights the presence of "ultraviolence" in today's society that's been increasingly seen on social media and in everyday interactions.

Fox News was given a sneak peek of the new thriller, which centers on Crowe playing a man who's seemingly lost everything, causing him to channel his grief into acts of road rage, which ultimately end in mayhem.

Asked during an interview with Fox News on Wednesday if social media has made the world an angrier place, Crowe referenced the dark tone of the upcoming film and said its goal was to point out the overreactive nature of societal exchanges.

RUSSELL CROWE REVEALS WHY HE'S ISOLATING AWAY FROM HIS KIDS

"There’s a series of points where you’re supposed to feel sympathetic [for a character] and that’s not what we were trying to do," he explained. The movie was instead attempting to draw attention to the overall uptick in “ultraviolence,” Crowe continued.

He said one of the aims of the film was to get people to think about how they interact with others on a daily basis while having respect for the consequences of their actions. The question people should ask themselves is, “Are you sure you should be responding in that way, in this moment?" said Crowe.

Director Derrick Borte joined in on the conversation and said he looked forward to going to work every day during the film because of the way he was able to craft Crowe's character alongside the veteran actor. 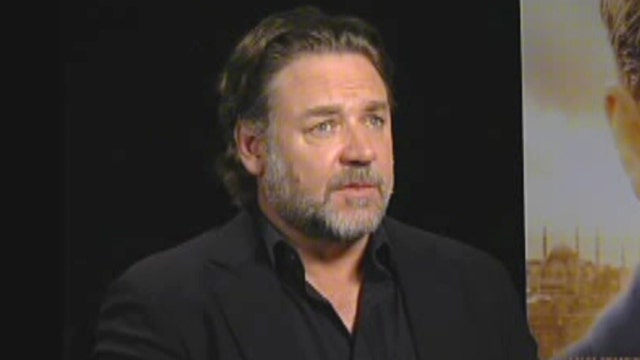 “It was a very difficult film to produce," he began. "But the part that I look back on -- through this whole thing -- that I feel was the greatest experience of this whole process, was finding this character every day with Russell.”

Crowe then touched on the sensationalist escalation within media, saying ad hominem attacks have become the norm across the globe and have now trickled down to the micro-level.

"These extreme reactions and us talking about a particular event that happened in extreme ways [is now normal]," he said.

The Academy Award winner also discussed the "hunt-to-kill attitude" among tabloids specifically, saying it leads to the deconstruction of "someone's image of themselves."

"It's not taking us anywhere good," he said.

Despite the film's grim subject matter, Crowe said when the cameras weren't rolling the atmosphere on set was all smiles, laid back, and featured much laughter.

"As you can see from this conversation, I actually spend most of my time making jokes and making people laugh," he told us. "That sort of, to me, is an energy builder. Now you see this film and it's fraught with tension on screen. But the actual vibe on the set was completely different. We were shooting in New Orleans in the summertime. The sun is out. You have eight miles of freeway locked off. And as you can see, Derrik is a pretty cool customer."

Mark Gill, who produced the film, remained confident about moviegoers returning to the theater to experience something normal, in an effort to balance out the chaos of the coronavirus lockdowns. He also said the overseas numbers from the film thus far back up his theory.

Crowe agreed, saying there is a strong and timeless sense of communal connection that takes place during a night out at the movies, as people have the potential to become inspired and experience emotional release, if only for a short while.

“The responses I’ve been getting is -- it’s that thing of getting into that space to watch a movie  -- where it’s a communal experience," he said. “Our lives have been affected and changed… but that communal experience, where all the crazy stuff happens in front of you on the screen and not a real life… this small life that we’ve been living -- that is what everyone is looking to break out from, into just something that resembles normalcy.”