'Roseanne,' 'House of Cards' and other hit TV shows canceled amid scandals

“Roseanne” isn’t the only series to be given the ax after its star was enveloped in a major scandal. Many successful TV shows over the years have been given the boot in the wake of difficult-to-overcome events that plagued their lead talent. Here are few notable cancellations:

ABC rebooted the family comedy in March after a decade off the air, and while the series saw huge success as the No. 1 scripted show of the season, the network pulled the reboot after just a single season when Roseanne Barr posted a racially insensitive tweet about Former President Barack Obama advisor Valerie Jarrett.

In May, Barr tweeted, “Muslim brotherhood & planet of the apes had a baby = vj."

Swiftly after, the president of ABC Entertainment Channing Dungey announced in a statement, “Roseanne’s Twitter statement is abhorrent, repugnant and inconsistent with our values, and we have decided to cancel her show.”

In the wake of a sexual misconduct allegation against actor Kevin Spacey in 2017, Netflix announced “House of Cards” would end after the show’s sixth season. 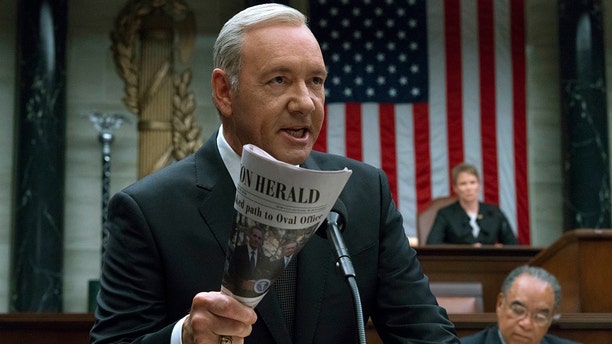 In the wake of a sexual harassment allegation against actor Kevin Spacey in 2017, Netflix announced “House of Cards” would end after the show’s sixth season. (Netflix)

The cancellation came after a Buzzfeed News report in which actor Anthony Rapp alleged that Spacey, then 26, made a sexual advance on him when he was just 14 years old.

Spacey later released a statement admitting he didn’t remember the incident in question. In the statement, the 58-year-old star also came out as a gay man.

Spacey stated, “But if I did behave then as he describes, I owe him the sincerest apology for what would have been deeply inappropriate drunken behavior. And I am sorry for the feelings he describes having carried with him all these years."

In the weeks that followed, other men made similar accusations against the A-lister and Spacey stated he was seeking help.

The show's creator announced to The Hollywood Reporter that Season 5 of the Amazon series would be its last after Jeffrey Tambor was fired following allegations made against him by his co-star Trace Lysette in which she claimed the “Arrested Development” actor pressed his groin against her on set during Season 2 and made sexual comments about her. 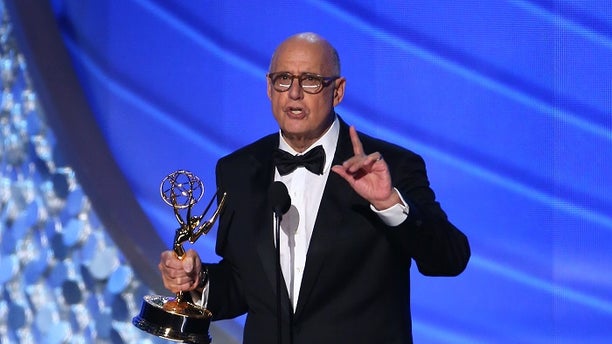 "Transparent" show creator announced that Season 5 of the Amazon series would be its last after Jeffrey Tambor was fired following allegations made against him by his co-star Trace Lysette in 2017. (Reuters)

At the time of his firing, Tambor released a statement denying the allegations and slamming Amazon, claiming the internal investigation against him was botched.

“I am profoundly disappointed in Amazon’s handling of these false accusations against me,” he said, suggesting the internal investigation that ensued was “deeply flawed and biased toward the toxic politicized atmosphere that afflicted our set.”

Tambor has kept his role in the fifth season of “Arrested Development” on Netflix despite the sexual misconduct allegations against him.

TLC found itself with a huge hit on its hands when it debuted “19 Kids and Counting” in 2008. The show profiled the Duggars, a large Christian family. 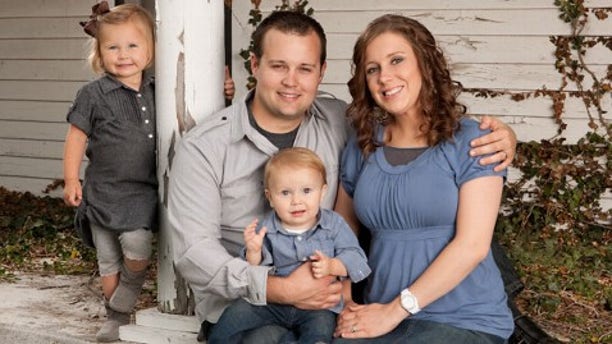 "19 Kids and Counting" was canceled after shocking reports that Josh Duggar, center, had molested numerous underage girls when he was just 15, two of which were his own sisters. (TLC)

However, shocking police reports released in 2015 indicated that the Duggar's oldest son, Josh, had molested numerous underage girls when he was just 15, two of which were his sisters. Duggar apologized, and while the series wasn’t immediately canceled, TLC received heavy pressure to can the show.

The network later released a statement canceling the hit series.

“After thoughtful consideration, TLC and the Duggar family have decided to not move forward with '19 Kids and Counting.' The show will no longer appear on the air. The recent attention around the Duggars has sparked a critical and important conversation about child protection.”

Paula Deen was arguably one of the biggest names in the culinary world and had a hit show on Food Network called “Paula’s Home Cooking.” However, the home-style chef came under fire in 2013 when she gave a deposition admitting to using racial slurs in the past. Deen said that she had used the N-word and wanted to plan a “plantation” wedding or her brother. Paula Deen came under fire in 2013 when she gave a deposition admitting to using racial slurs in the past, said that she has used the N-word and wanted to plan a “plantation” wedding or her brother. (AP)

Deen offered an apology, but the network canceled her show anyway saying, “Food Network will not renew Paula Deen’s contract when it expires at the end of this month.”

"Up Late with Alec Baldwin" 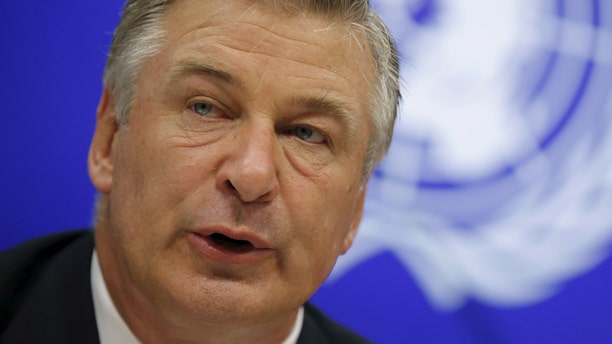 “Up Late with Alec Baldwin” on MSNBC got the boot when video footage leaked of Baldwin screaming obscenities at a photographer in a tirade that included a gay slur. (Reuters)

Baldwin’s show “Up Late” on MSNBC got the boot after just 46 days after video footage leaked of Baldwin screaming obscenities at a photographer in a tirade that included a gay slur.

The video appeared to catch Baldwin using a second slur, but the “30 Rock” alum denied the second one and indicated he was unaware that the first was a slur.

MSNBC and Balwin’s rep issued a joint statement confirming the cancelation of the show: “We are jointly confirming that 'Up Late' will not continue on MSNBC,” the two sides said. “This is a mutual parting and we wish Alec all the best.” 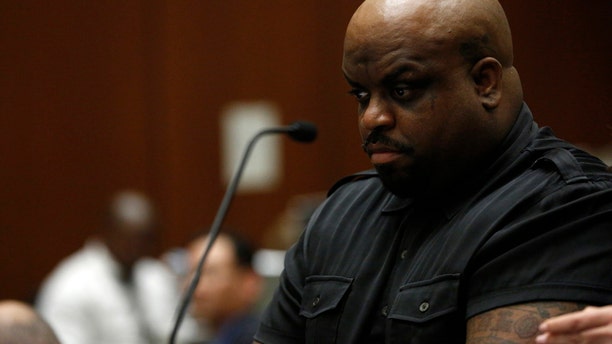 The former judge on “The Voice” had his unscripted series “The Good Life” on TBS canceled after only one season when he made lewd comments on Twitter about the nature of rape.

Green wrote, "If someone is passed out they're not even WITH you consciously! So WITH implies consent." He followed it up by saying, “People who have really been raped REMEMBER!!!"

The Turner-owned network canceled the show after women’s rights group UltraViolet petitioned to have “The Good Life” axed. The cancellation came as a final straw for the recording artist who faced sexual assault charges in 2012 and pleaded no-contest in August 2014 to a felony count of furnishing ecstasy to a woman.