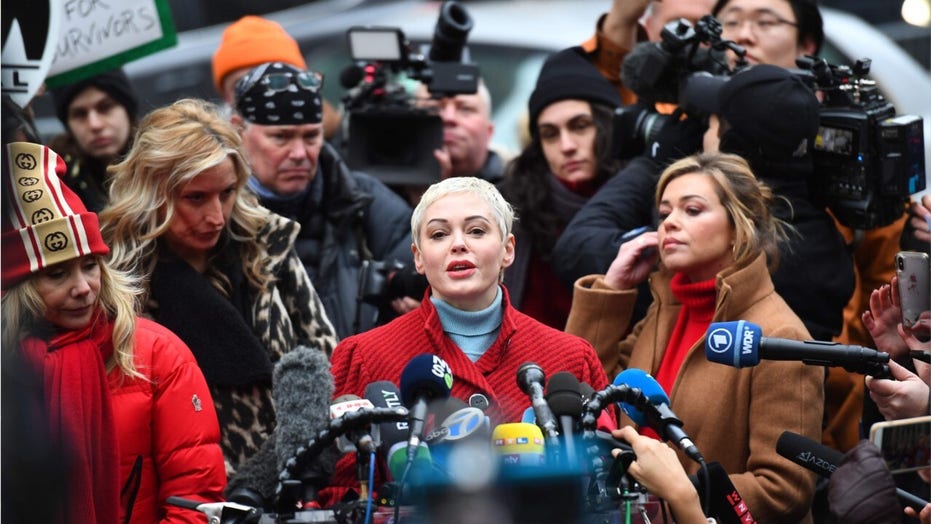 Rose McGowan is using her platform to call out the New York Times. She slammed the city's newspaper for the line of questions a reporter allegedly asked Tara Reade. Reade is the woman who has accused the presumptive 2020 Democrat presidential nominee, Joe Biden of sexual assault. McGowan accused the reporter of attempting to twist the minds of readers.

Rose McGowan urged President Trump to make a donation to a fundraiser dedicated to Tara Reade on behalf of his 2020 rival Joe Biden.

Last week, a GoFundMe campaign was launched for Reade, who came forward earlier this year with a sexual assault allegation against Biden, her former boss, back in 1993 when she worked for the then-Delaware senator.

According to the campaign's page, which was organized by Reade supporter Samuel Pierce in coordination with her attorney, 50 percent of proceeds will go to the Network for Victim Recovery of DC (NVRDC), a "nonprofit that gives survivors of sexual assault physical, emotional and legal services." The rest "will go to Tara for safety and security costs, then to her legal costs, then to helping her reclaim her reputation."  The campaign has raised roughly $3,000 so far.

On Tuesday night, McGowan tweeted the link to her over 935,000 Twitter followers and hoped to get the president's attention.

"@realDonaldTrump Please make a donation to http://gofundme.com/f/aid-tara-reade… in Biden’s name." the actress-turned-activist wrote in response to a tweet made by Biden, who said "Donald Trump needs to do his job."

Reade told Fox News in a statement, "I have so much gratitude for all the ways supporters have come forward to help me. I have lost everything coming forward about Joe Biden. Hopefully in the future survivors can tell their story safely with no bullying and smears from campaign trolls and the media.  Until that day, I will not be silenced or intimidated by Joe Biden or his campaign. Survivors should be able to speak out no matter how powerful the person is without losing their jobs, housing, and reputation."

Both Biden and his presidential campaign have repeatedly denied Reade's claims.

McGowan, who recently released her debut album "Planet 9," has been one of the very few public figures out of Hollywood who expressed solidarity towards Reade. Back in April, she called out her former "Charmed" co-star Alyssa Milano for continuing to support the former vice president despite the assault allegation.

"You are a fraud," McGowan scolded Milano. "This is about holding the media accountable. You go after Trump & Kavanaugh saying Believe Victims, you are a lie. You have always been a lie. The corrupt DNC is in on the smear job of Tara Reade, so are you. SHAME."

Back in 2017, McGowan came forward as one of the victims of disgraced film mogul and convicted sexual predator Harvey Weinstein.