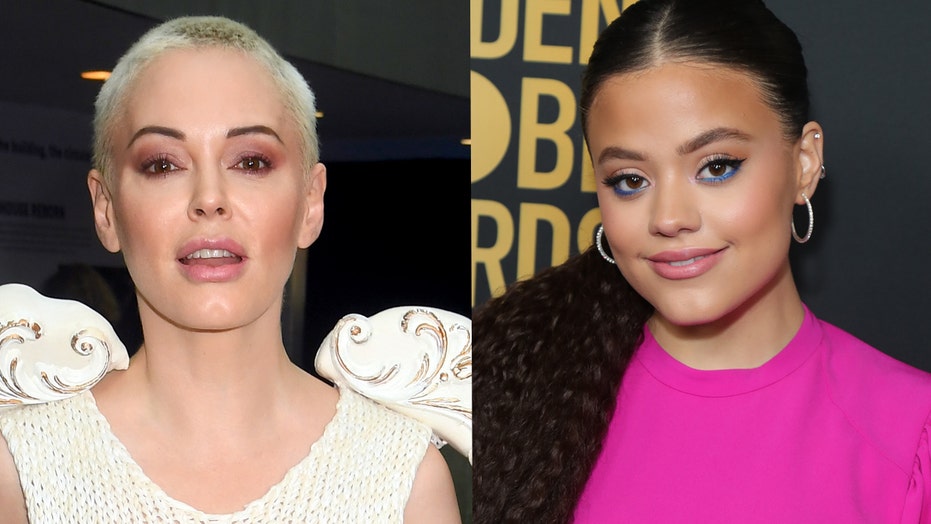 Rose McGowan held nothing back in response to “Charmed” reboot star Sarah Jeffery calling her and Holly Marie Combs “pathetic” for criticizing the reboot.

McGowan, 47, repeatedly said in a chat with Combs, 46, that the reboot “sucks.” She also admitted that she hasn’t seen it.

Jeffery, 24, later called out the original cast members and criticized them for “putting down other WOC.” The current “Charmed” leads, Madeleine Mantock, Melonie Diaz and Jeffery, are all women of color.

Combs hit back at Jeffery, 24, on Tuesday, and McGowan followed suit on Wednesday.

"Dear Sarah Jeffery, I honestly had no idea who you were til you tweeted,” the former “Charmed” star said in a statement on her Instagram Story. “I have been too busy fighting monsters & fighting for a massive Cultural Reset to notice who's in the reboot.”

McGowan continued: “Absolutely nothing to do with race, that's quite a stretch you took. I'm beyond glad any WOC has a well paying job. Hell yes to that. I'm sure you are a great actress."

She continued: "My quibble (google it) is about execs & producers & @wb network trading on years of my work & name in such a cynical and obvious way - a money grab to cash in on the ‘Charmed’ name.”

“I do not care that they remade it, I have far bigger things I'm dealing with,” the actress continued. “I do not nor will I watch a show I disagree with on principle."

Since the reboot was announced, original cast members Combs, McGowan, Shannen Doherty and Alyssa Milano have been harsh critics because it was marketed as “fierce, funny, and feminist” in comparison to the original.