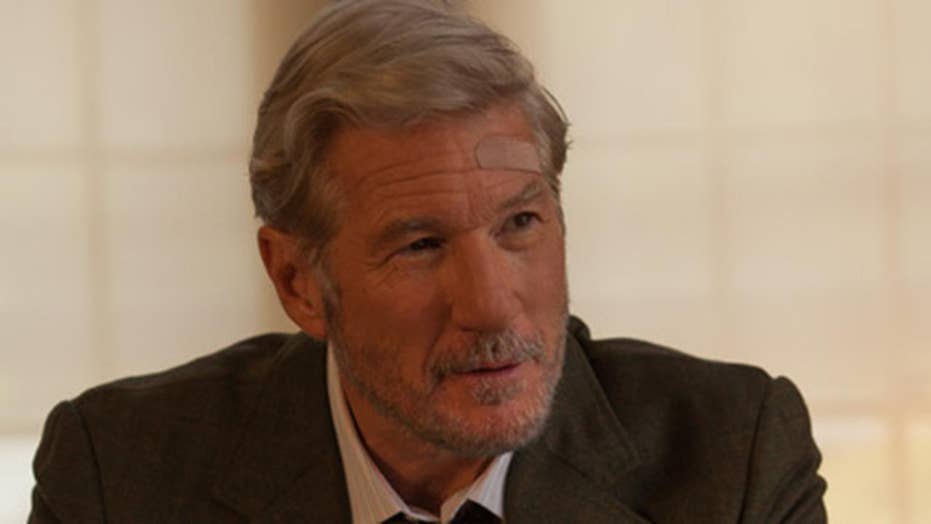 NEW YORK – Richard Gere felt comfortable stepping into the shoes of a psychiatrist for his latest role in the film "Three Christs."

The actor portrays Dr. Alan Stone, a character based on real-life social psychologist Milton Rokeach, and the movie is based on the psychologist's book “The Three Christs of Ypsilanti," about treating three paranoid schizophrenics in the 1950s who each thought he was Jesus Christ.

Gere said at the “Three Christs” premiere in New York City Thursday night that the movie is really about creating safe spaces for people who are dealing with mental health issues.

"We've all had friends who have had serious problems," he said. "[Mental health] is part of our lives. The movie to me is really about how do you create community? How can you create a safe place even when you're in a mental hospital when you're deeply ill?"

"How can you create a space that you can trust other people?" he added.

RICHARD GERE ON WHY HE CHOOSES INDIE FILMS OVER HOLLYWOOD BLOCKBUSTERS

"All the actors are terrific," he described. "When things get the most tense, a good actor can find the other side of it and can bring more information, more insight but skirting around and coming in another wormhole."

Julianna Margulies, who plays Stone’s wife, revealed it wasn't hard to have chemistry with Gere. "All my girlfriends say, 'You always get the good guys!' It was so easy. Also, we shot it on my college campus. I went to Sarah Lawrence so to be there and walk by the theater department where I was an acting student and now to be called to the hair and makeup trailer. For me, that was a full-circle moment."

She also reflected on the film's focus on the humane treatment of patients with mental illnesses. "Mental disorders can't be brushed under the rug. We need to help people. We need to find ways to make their lives better and incorporate them into society," she said.