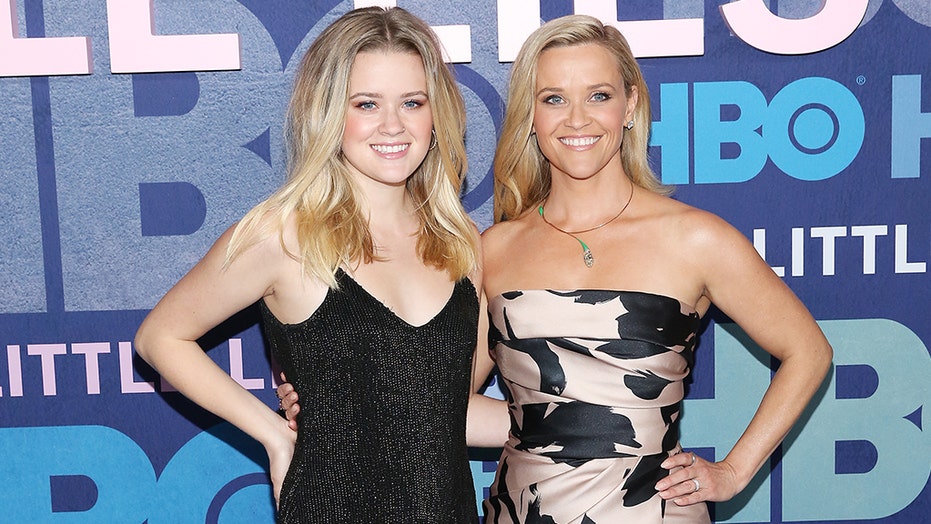 The duo also coordinated their snowflake mugs in hand and red lipstick as they posed in front of an expertly decorated front door.

"Ok. It’s true that I had to beg her to wear a matching Holiday sweater.... but isn’t it CUTE??!! #humorme #itsamomthing," Witherspoon wrote.

REESE WITHERSPOON ON IF SHE’D EVER RUN FOR OFFICE: ‘OUR STANDARDS HAVE BECOME PRETTY LOW’

Some of the actress' famous friends reacted to the pic on social media.

Selma Blair said they were the "cutest" while Katie Couric called them "adorable."

Meanwhile, others were simply stunned by the photo. "Who is who?" asked one person. "Can she look any more like you?" another questioned. One social media user noted they "had to look for a minute" to tell the mother-daughter pair apart.

"I had to do a double take! Wow!" echoed another person.

Witherspoon was married to actor Ryan Phillippe from 1999 to 2006 and share daughter Ava. The former couple also shares son Deacon, 16. Their divorce was finalized in 2007.

The producer went on to marry Jim Toth in 2011 and gave birth to son Tennessee in 2012.

The "Big Little Lies" star marveled at motherhood in a video on YouTube.

"I got pregnant when I was 22 and delivered when I was 23 -- to be totally honest, it was scary," she explained. "I was scared.

"I didn't know what it was going to do to my job or my career," Witherspoon continued. "Your entire life will change. Everything you believe, every piece of food you eat, every piece of independence you have."