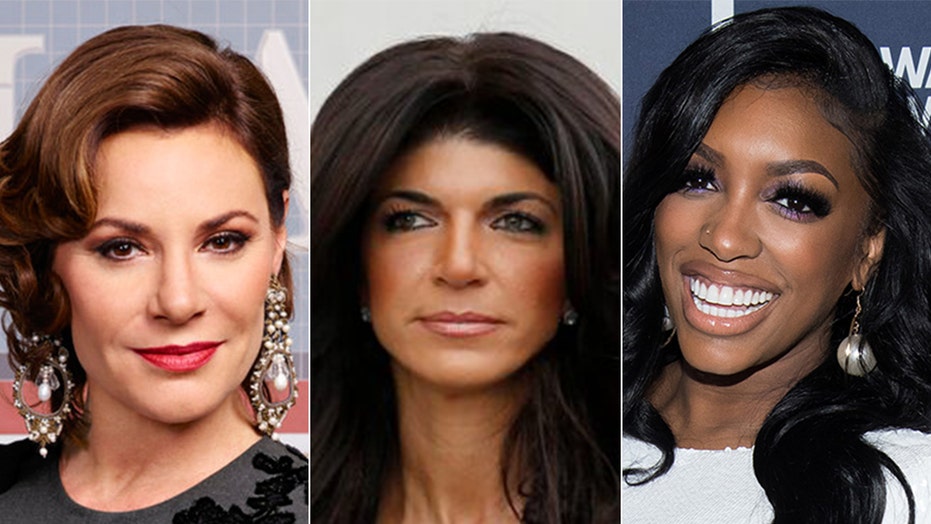 Stars from the "Real Housewives" franchises are known for their drama in front of the cameras but sometimes they get into even more trouble when not filming.

Over the years, various "wives" have had a few run-ins with the law, from getting arrested for DWIs to trespassing to actually serving time in federal prison.

FORMER 'RHONY' CAST MEMBERS: WHERE ARE THEY NOW?

Check out these 10 Bravo personalities who all, unfortunately, share one thing in common: being arrested.

In 1992, the "Real Housewives of Atlanta" original cast member pleaded guilty in Athens-Clarke County (Georgia) to one misdemeanor and three felony counts of “theft of services” for ripping off her phone company. Leakes, real name Linnethia Johnson, was put on two years’ probation and ordered to repay $2,650.

Leakes talked about the charges on Andy Cohen's "Watch What Happens Live" in 2018.

"A mugshot does not equal 10 years in prison for doing a Ponzi scheme. I ain’t spent a day in jail for nothing, you hear me?!" she said.

In 2010, the "Real Housewives of New York City" cast member was arrested for DWI while driving the Hamptons during the summer.

She reportedly blew threw a stop sign and was pulled over and then failed a field sobriety test and a breathalyzer test.

"The Real Housewives of Atlanta" personality was arrested in April 2014 on charges of assault and simple battery after she allegedly attacked co-star Kenya Moore at a reunion taping.

"Porsha stood up, so then Kenya stood up," an insider told Us Weekly at the time. "Porsha charged at Kenya and pulled her hair, but it was over in a matter of seconds. … Andy [Cohen] and a producer jumped in, and then security came."

The "Real Housewives of Orange County" star Kelly Dodd was arrested in 2014 for domestic violence.

Cops were called to her home while she was having a fight with her then-husband Michael Dodd. He later filed a restraining order. She was also ordered to attend multiple AA meetings and therapy, and after that the charges were dropped.

The "RHONY" star was arrested in Florida before joining the cast for reportedly trespassing on ex-boyfriend Alexander “Nico” Fanjul's property.

According to the police reports (via Page Six), Mortimer allegedly showed up uninvited to Fanjul's home when his new girlfriend was there. She was "crying and screaming irrationally" and claimed her purse was inside the home.

In 2017, the former Manhattan socialite claimed in an interview with People magazine that she was in a violent relationship with Fanjul and allegedly spent years covering it up as his family extremely wealthy and powerful from owning 40 percent of Florida’s sugar industry.

Countess Luann, also from the New York City franchise, was arrested on Christmas Eve 2017 in Palm Beach, Fla., and charged with disorderly intoxication, battery on a police officer (she allegedly kicked him), resisting arrest with violence, and threatening a public servant.

She pled not guilty to the charges and entered into an alcohol treatment center soon after.

‘REAL HOUSEWIVES’ ALUM BETHENNY FRANKEL CLAIMS SHE STAYED ON SHOW FOR THE MONEY: ‘IT WAS ASTRONOMICAL’

The "Real Housewives of New Jersey" original cast member was charged with conspiracy to commit mail fraud, wire fraud and bank fraud in July 2013. Later, in March 2014, she and her husband, Joe Giudice, pleaded guilty to 41 counts of fraud.

Teresa began her sentence on January 5, 2015, and was released on December 23, 2015. Joe then began his 41-month sentence three months later in 2016 and was released in March 2019 but is currently in his native Italy awaiting final judgment on his deportation case.

Former "Real Housewives of Beverly Hills" star Kim Richards was arrested for theft on August 2, 2015, after allegedly trying to steal over $600 worth of merchandise from a Target in Van Nuys, Calif.

A security guard caught her as she was trying to leave and when confronted, Richards allegedly said she couldn't remember if she paid for the goods.

Gina Kirschenheiter was arrested for DUI in July 2019.  (Arturo Holmes/WireImage)

Kirschenheiter was also sentenced to three years probation, 20 hours of community service and six months of an alcohol program for new offenders.

Wainstein, a former "RHONY" cast member, was arrested in February 2020 and booked on charges of battery, reportedly stemming from an altercation with her estranged husband, Michael.

She was booked in Palm Beach, Fla., after being arrested in Boca Raton.

Page Six reported that the arrest stemmed from a heated argument that the couple was having that saw Jules allegedly lick Michael’s car window before bashing the back of the vehicle with a baseball bat. The situation escalated and at one point Jules reportedly punched Michael in the face. The outlet reports that their two children were in the car at the time.