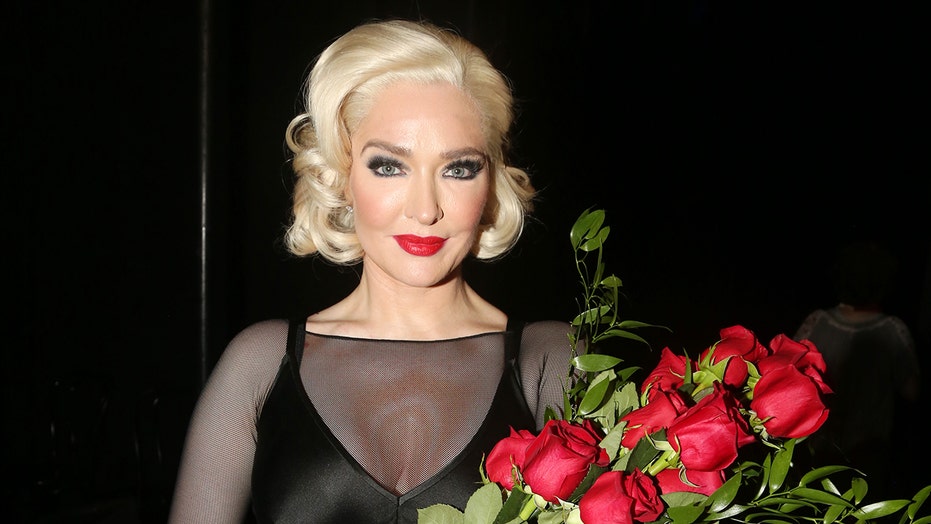 Erika Girardi fired back at an online commenter who criticized her for standing in solidarity with protesters when her son is a police officer.

Like many on social media, the “Real Housewives of Beverly Hills” star, 48, shared a black square on her Instagram Tuesday in an effort to amplify the voices of activists. However, she fired back at one commenter who suggested that she couldn’t stand with the black community since her son is a cop.

“My son was brought up NOT to be racist. His job is to protect and serve ALL not just people that have his skin color,” she wrote. “F--- you and stay off my page.”

'Real Housewives' star Erika Jayne fired back at an online critic of her son's profession as a police officer. (Bruce Glikas/WireImage)

The reality star continued to share positive comments about the heated interaction on her Story throughout the night.

Girardi typically keeps her son out of her public life. However, she shared an image of her son, Tommy Zizzo, on Instagram earlier this month.

However, Page Six noted that she further explained her decision to share an image of her son in uniform with the world during an appearance on Andy Cohen’s SiriusXM radio show.

“I put him on Instagram and he’s my best-performing post,” she explained. “He didn’t choose this life, I chose this life, and you try to protect them. I don’t care if he is an adult and he carries a gun and a badge. At the end of the day, he’s still my boy, but I posted it and I’m glad I did. He is a very fine young man and I’m so proud.”

The outlet recalled Girardi memorably discussing her son’s profession during a Season 7 episode of “RHOBH” in which fellow cast member Eileen Davidson responded to Girardi being upset at another cast member by saying “she didn’t kill your child.”

“I didn’t mean it that way,” Davidson responded.