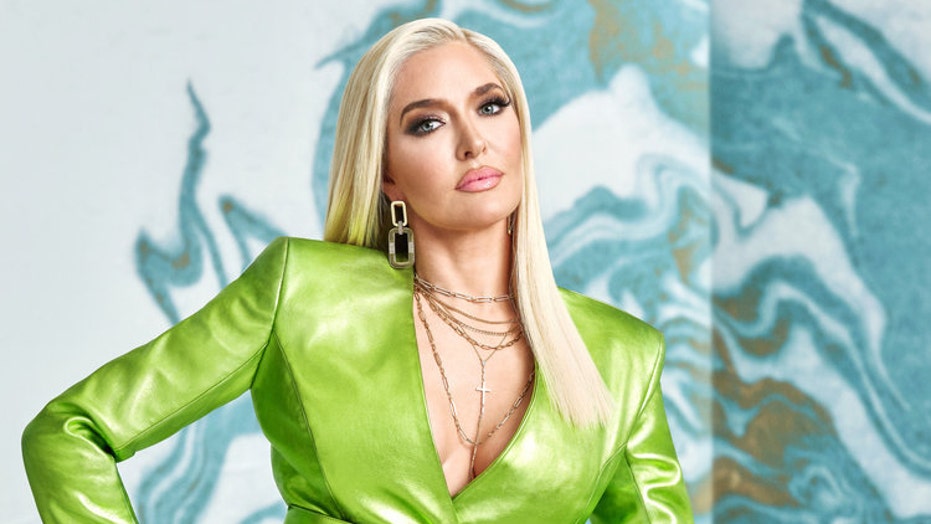 "The Real Housewives of Beverly Hills" star Erika Girardi and her soon-to-be ex-husband, Tom Girardi, have been named in a federal lawsuit that accuses the pair of embezzling millions of dollars intended for airplane crash victims' families to fund their rich and famous lifestyle.

In court documents obtained by Fox News, Edelson PC, a law firm based in Illinois that represents corporate clients, is suing the couple, as well as several lenders and creditors for unjust enrichment, accounting, breach of contract, tortious interference with contract and conversion.

According to the complaint filed in Illinois on Wednesday, Erika Jayne and Tom, and their co-defendants, are accused of embezzling settlement money for the family members of victims of the 2018 Lion Air crash for their own personal enjoyment.

"At the heart of this deception is Defendant Girardi and his need to fund outrageous lifestyles for himself and his soon-to-be ex-wife, Erika Jayne. Tom and Erika have reached celebrity status in the glitz-and-glam world of Hollywood and Beverly Hills," the complaint begins.

Erika Girardi and her husband, Tom Girardi, have been named in a lawsuit filed in an Illinois court on Wednesday. The lawsuit comes just weeks after the Bravo star announced she is divorcing her husband. (John Tsiavis/Bravo)

Edelson PC accuses the pair of projecting a "public image of obscene wealth at all times."

The lawsuit accuses Tom of "embezzling the proceeds of settlements that should have been directed to his clients --including, as the basis for this Complaint, the widows and orphans who lost loved ones in the tragic crash of Lion Air Flight 610--in order to continue funding his and Erika's lavish Beverly Hills lifestyles."

Earlier this month, Erika, who is best known by fans for her stage name  "Erika Jayne," 49, announced she is divorcing her husband after 21 years of marriage.

Edelson PC targets Erika's and Tom's recent divorce announcement specifically, calling it a "sham." The lawsuit alleges the divorce is being used "to fraudulently protect Tom's and Erika's money from those that seek to collect on debts owed by Tom and his law firm GK [Girardi Keese]."

According to the complaint, the plaintiff is accusing Erika's company, defendant EJ Global, of allegedly receiving "tens of millions in 'loans' directly from Defendant GK, of which Tom is the sole equity shareholder."

It also blasts Tom's law firm for being "on the verge of collapse" due to alleged debts caused by "hollow promises, excuses, misdirection, and outright fraud."

Representatives for Erika, Tom, the Girardi Keese law firm, Lira and Griffin did not immediately respond to Fox News' requests for comment.

The Illinois law firm notes that in October 2018, Lion Air Flight 610 crashed, killing all of its 189 people aboard the aircraft. Litigation against airplane manufacturer Boeing ensued, with "nearly a dozen families, including widows and minor children...seeking to recover for the tragic loss of their loved ones."

Edelson PC claims settlements for the victims' families were allegedly transferred from Boeing to Tom's law firm. However, the lawsuit claims the defendants "prevented a significant portion of that money, and potentially all of it, from ever reaching the victims of the horrific crash."

Instead, according to the suit, Girardi kept the money "for his own purposes and doled it out to his friends and family, all the while evading attempts by the clients to gain access to it."

Edelson PC claims the crash victims' family members have been left with "little, if anything."

One section of the court filing targets Erika and Tom's "opulent and expensive" lifestyle. Edelson PC calls the court's attention to previous reports about Erika's wealth, such as her alleged $40,000 per month spending habit. It also includes a lyric from Jayne's 2017 hip-hop song titled "Exxpen$ive," which features the line, "it's expensive to be me."

Erika (L) and Tom (R) during a scene from 'Real Housewives of Beverly Hills.'  (YouTube/Bravo)

It also accuses the couple of incessantly bragging about their wealth, including their use of private jets and Erika's and Tom's lavish gifts to one another, such as a $5,000 toilet and the reality TV star's $250,000 Lamborghini.

"On information and belief, Girardi and Jayne siphoned significant sums of money from lenders and clients and moved it out of GK's bank accounts for personal use," the lawsuit alleges.

Edelson PC asks the court to conduct a "full and complete accounting of all funds transferred from Boeing that were intended for any GK client," as well as a "full accounting of what subsequently became of those funds," among other requests.

It also is demanding a trial by jury.